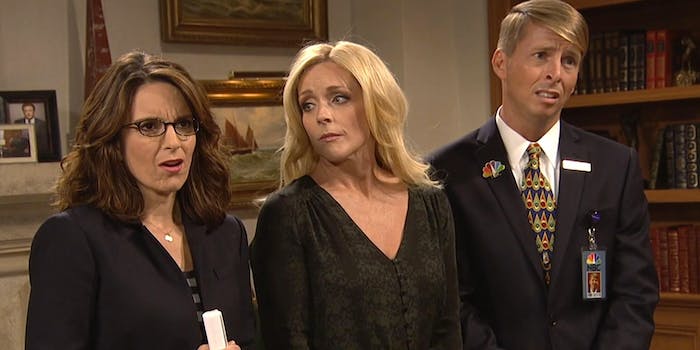 Last night, Tracy Morgan hosted Saturday Night Live, marking the first time he’d returned to the stage since being injured in a car accident in 2014. And the appearance of Alec Baldwin in the cold open might have hinted at what was to come.

In his monologue, Morgan explained that he told Lorne Michaels that once he recovered, he wanted to “come home.” To show how much love his comedy family had for him, he flashed back to a 2012 episode of 30 Rock, which was actually a 2015 reunion starring Baldwin, Tina Fey, Jack McBrayer, and Jane Krakowski.