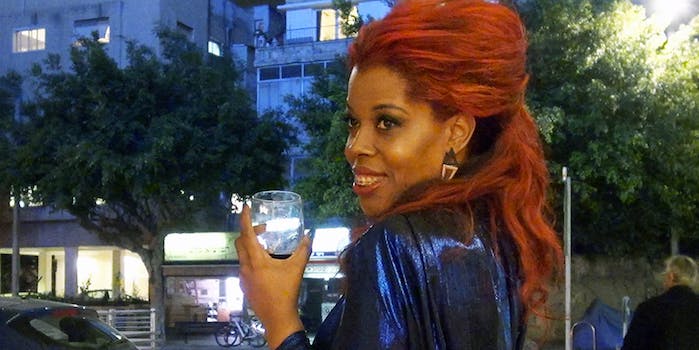 ‘Thru You Princess’ explores how YouTube brought 2 strangers together

At first glance, Ophir “Kutiman” Kutiel and Samantha “Princess” Shaw seem to have little in common. Kutiel is an Israeli musician and composer; Shaw is a nurse who lives in New Orleans. Despite these disparate backgrounds, Kutiel and Shaw’s paths crossed in 2014 when Kutiel included a clip of Shaw in a mashup video he created for YouTube. This unlikely partnership is the main story within Thru You Princess, a documentary that made its North American premiere on Sept. 12 at the Toronto International Film Festival.

Shaw has a passion for singing and a strong, soulful voice, and in 2013, she started posting videos of herself on YouTube. A year later, Kutiel plumbed the depths of YouTube to find musicians who he could fit together to form coherent songs. Many pages into his search, he found one of Shaw’s clips. “When I found Princess,” he tells Wired, “it was just magic.”

Shaw’s voice ended up becoming the centerpiece of “Give It Up,” one of seven tracks from Kutiel’s 2014 release Thru You Too. The album is a follow-up to 2009’s Thru You, which gained attention from the media surrounding its release. Thru You Too, like its predecessor, received international press coverage, and “Give It Up” emerged as the album’s most popular song. Shaw gained a significant boost as a result; she went from total YouTube anonymity to more than 68,000 views. That total is a drop in the bucket for today’s top-tier YouTube stars, but for Shaw, who has now shared her passion with many new viewers, it is a significant amount.

The story of these two strange bedfellows caught the attention of Israeli filmmaker Ido Haar. Thru You Princess is Haar’s 80-minute profile of Kutiel and Shaw, who during the course of the film meet in real life for the first time. The film has received a warm reception from the media since its premiere, with MTV calling it “a total delight.” An article about the film from Wired includes a clip:

Beyond its status as a heartwarming tale of two people who unexpectedly managed to enrich each other’s creative pursuits, Thru You Princess is also a reminder of YouTube’s power as a great unifier. No matter who you are, you can find an audience, so long as you display your talent and get some good fortune along the way. If you’d like to check out the film, you can see it at the International Documentary Film Festival in Amsterdam, which runs from Nov. 18-29.