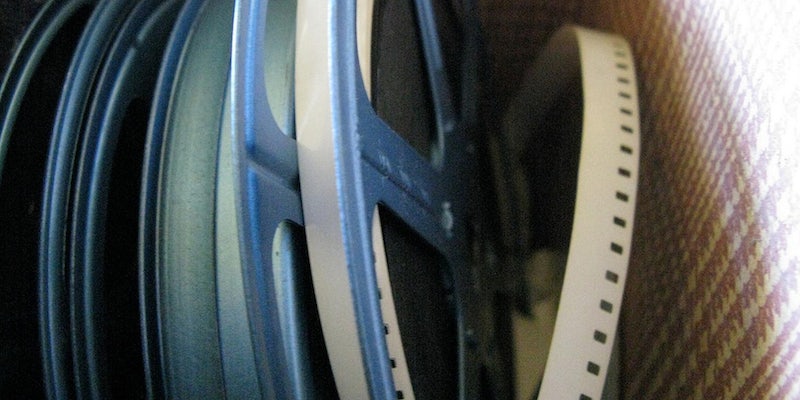 A solemn plea for diminished variety.

“We believe if we can convince enough aspiring filmmakers to give up on their dreams, the industry will become solvent again,” Audley writes, pointedly summarizing the dismissive, tone-deaf opinions offered by the NYT’s Manohla Dargis and Salon’s Beanie Barns—a sort of elitism paralleled in the literary world, where editors are needlessly freaking out over the glut of books made available through self-publishing, paranoid about diluting the good stuff.

Film critics and film audiences will no longer be overwhelmed by the glut of mediocre indie productions, while the truly inspired and talented filmmakers will easily be discovered and embraced, able to receive the wide acclaim & financial gain they deserve. Distributors, theater owners, tastemakers, as well as audiences and critics, will delight in having far fewer films to choose from.

Indie filmmakers “with commercial promise,” however, are urged not to sign: “This list is made for the mediocre filmmakers who would otherwise be clogging up the indie arteries with undercooked, half-assed or nobudge (sic) productions. This includes anything small scale, anything personal, of course all mumblecore, and most other work with developing visions. (In other words, if you don’t already have your artistry perfected, please sign up.)”

The comments left by signatories are no less acid than Audley’s: “My needs and desires as an artist are not as important as the solvency of the film industry,” wrote Peter Rinaldi. “It’s time to sacrifice for the greater good.” Omar Rodriguez went a step further: “Not only will I throw in the towel with movies, I will stop telling stories altogether,” he pledged.

“As a fictitious space dwarf once said, ‘Do or do not. There is no try,’” remarked Samuel B. Prime. “Same goes for indie filmmakers. Make a perfect, nuanced, marketable feature or, well, please keep it to yourself (read: fuck off).”

So, will you lend your name to the noble cause? Or are you one of those weirdos who thinks aspiring screenwriters, directors, and actors should practice their craft as much as they like? The fate of Hollywood almost certainly hangs in the balance.