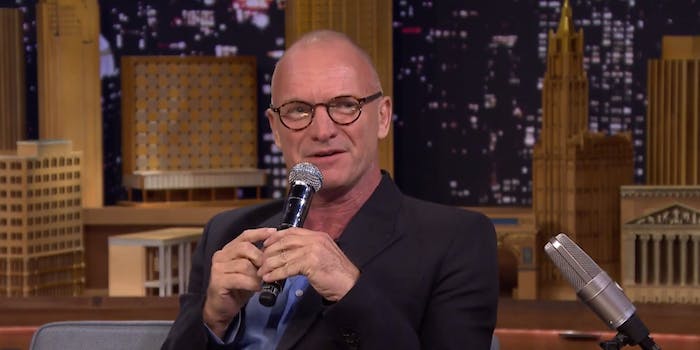 Not even Sting can improve these annoying classic ringtones

As Jimmy Fallon put it, here's your new Stingtones.

Sting is bringing us a blast from the past, and it’s not with his music.

Instead of having the singer play one of his many variety games, Jimmy Fallon had him cover some classic ringtones for the audience, or—as he aptly called them—Stingtones. It’s just an excuse to get him to sing, and while he eventually puts a voicemail twist onto one of his biggest hits, he’s not singing anything intelligible—although that’s more the fault of the ringtones than Sting.

Despite what we had hoped, even Sting can’t fix these terrible ringtones.