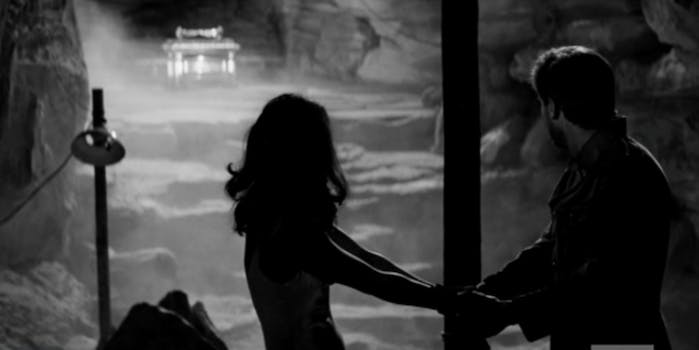 Better than the original?

Steven Soderbergh’s “remake” of Raiders of the Lost Ark might be better than the original.

Over on his website, Extension 765, the director and producer has re-envisioned Steven Spielberg’s 1981 film by adding a soundtrack that sounds like it was ripped from a Nicolas Winding Refn film, stripping the dialogue, and making the film black and white. Why did he do this? Well, he’s nerding out about staging:

So I want you to watch this movie and think only about staging, how the shots are built and laid out, what the rules of movement are, what the cutting patterns are. See if you can reproduce the thought process that resulted in these choices by asking yourself: why was each shot—whether short or long—held for that exact length of time and placed in that order? Sounds like fun, right? It actually is. To me. Oh, and I’ve removed all sound and color from the film, apart from a score designed to aid you in your quest to just study the visual staging aspect.

Soderbergh was so enamored with Spielberg’s knack for staging, he built a new version of the film around this concept, therefore directing our eyes away from the love story and action sequences to a whole new visual field. With this refocus, the opening scene takes on a completely different tone.

You can watch the whole film here.