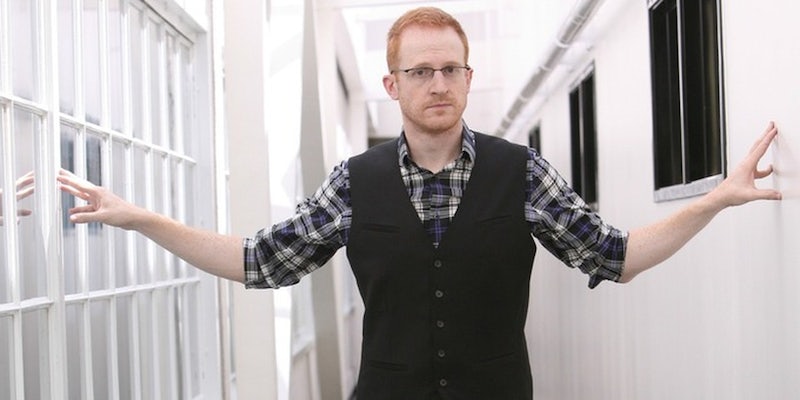 Can a viral video be his big break?

After the heckler was efficiently and devastatingly put back into place, Steve Hofstetter and the standup comedians with whom he’s traveling retreated back to the Courtyard at Lake Lucerne in Orlando. Though the hotel’s Wi-Fi signal was spotty and slow and made his life temporarily tedious, Hofstetter edited the action of the night and uploaded his latest video—maybe the video that will make him a star—onto his YouTube channel.

He told his traveling partners—Danny Jolles and Matt Ritter—that he figured the video might get 8,000 views before they had to wake in six hours. He knew it was a good heckler video, but it wasn’t the best he’d ever done.

Yet Hofstetter rose the next morning, and suddenly, life was different.

The video hadn’t garnered just 8,000 hits. More like 50,000 since the night before. And the views counter kept on climbing.

Here’s the video that might shoot him into the standup stratosphere, the 206 seconds that could change everything.

Does Hofstetter seem used to dealing with hecklers? Does he seem the slightest bit uncomfortable during the women’s disruption? Of course. And of course not. If you’re constantly on YouTube watching comedians ply their trade, you’ve probably come across Hofstetter and his heckler videos. He’s got dozens of them, and in part, his online identity was built on putting hecklers back into their place for the YouTube audience to see.

Notice in the video that he’s perfectly at ease. He hits the heckler with a metaphorical gut punch, and he sips his water as the laughter crashes over him like a tension-relieving ocean wave. (Watch his other videos; the sip-of-water move is consistent.) “I’ve got this,” he tells the crowd when he realizes that the woman has basically walked herself into his already-prepared material and that he’s about to make her look silly in front of a bunch of strangers.

And he does. Hofstetter is good at shutting down the heckler before he or she starts to make the show unpleasant for everybody else in the room.

Again and again, Hofstetter shuts them down and then shuts them up. Over and over, he proves that he, in fact, has got this.

The heckler video, though, from this week feels different to Hofstetter. Some of his YouTube clips have eclipsed 4 million views. But 48 hours after his encounter with the older woman in a Titusville, Florida, club called Bar IX, the latest video had recorded 3 million clicks, and the rest of his channel had added another million.

For a gig that paid Hofstetter $70, the kind of publicity he’s received since going viral has been priceless.

“My success has been from the Internet,” Hofstetter, who figures he’ll make $10,000 from YouTube for that video, told the Daily Dot. ”I met my wife online, and everything I’ve had that’s been worthwhile has started somehow on the Internet. I’ve said to friends, ‘What would my career be like if I had been born 20 years earlier?’ But I’m the kind of guy who takes whatever opportunities are given to me and uses it.”

That said, Hofstetter had no idea how quickly this video would resonate. For that, he can credit a U.K. fan who posted the link on Reddit. From there, it spread on aggregation websites, superstar comedian Joe Rogan tweeted about it, and former NFL receiver Chad Johnson wrote a blog on it.

To be clear, Hofstetter doesn’t care for hecklers (“I think they’re terribly selfish people,” he said), and he wishes they’d stop disrupting his show. But because he records every one of his sets and because hecklers seem to enjoy challenging him, he’s happy to publicly humiliate them.

“If someone interrupts the show, I don’t just move on,” Hofstetter said. “I make an example out of them. … You want attention? You have no idea what the fuck you’re in for.”

And now that the storm has been unleashed, Hofstetter is trying to figure out what it means. He, after all, is no overnight sensation. He’s been a standup comedian for 13 years. He’s been the host and executive producer for the Laughs TV show on Fox. He’s written for Sports Illustrated and NHL.com. He was Collegehumor.com’s original writer, and he’s released six comedy albums. He has his fans, but Hofstetter is no superstar.

Before the latest video emerged, he and his two traveling partners were about to play to a half-full house at a small club in central Florida on Tuesday night. After the video exploded, the gig sold out.

“I don’t want to jump the gun, but it’s very different than it was three days ago,” Hofstetter said. “Whether that holds, I don’t know. I’ve been recognized a couple dozen times in my career over the course of 13 years, but suddenly, there’s an awareness of who I am. What comes next, who knows? Maybe, this will all fade away and I’ll be a flash in the pan. But I think I have a real chance to turn this into something more.”

So, he needs a new strategy. He’s putting together new tour dates for the summer, and he has to carefully consider his next video.

“I had 95,000 YouTube subscribers before this. Now, I have [125,000]. That’s a big culture shift,” Hofstetter said. “I can’t just put up a pretty good video as my next video. If it’s a pretty good video, I have to save it. I have to follow [the latest video] with an excellent video.”

But as Hofstetter talked late Tuesday night—while driving back to the hotel from his gig and having to pause three different times to pay Florida toll fare—he knew the real test would be Wednesday night.

Every week, Hofstetter is at the Laugh Factory comedy club in Hollywood. He’s either hosting the show or doing a regular set, and on Wednesday, his name was on the marquee. If the place was full—if he and his heckler video—drew in a sold-out crowd, perhaps life would be different for good. If just the regular customers showed up and it was half-empty, well, then, maybe Hofstetter simply had a fun week.

Reached late Wednesday night by the Daily Dot, Hofstetter sent this photo from the Laugh Factory. 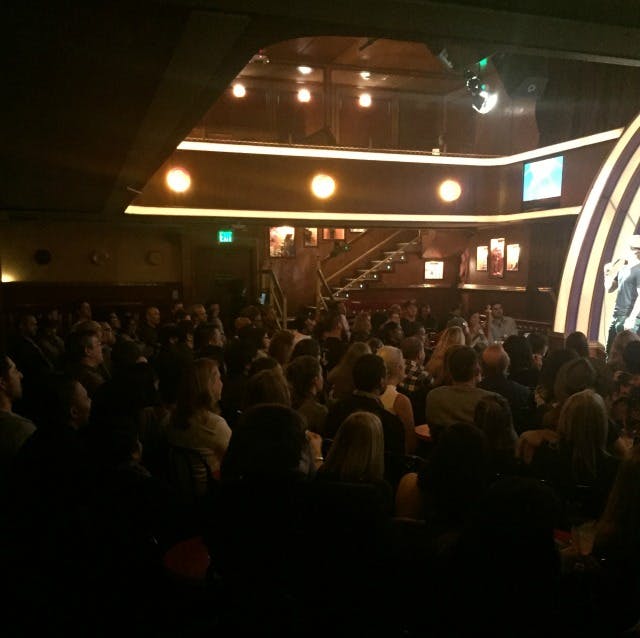 As for what that means…