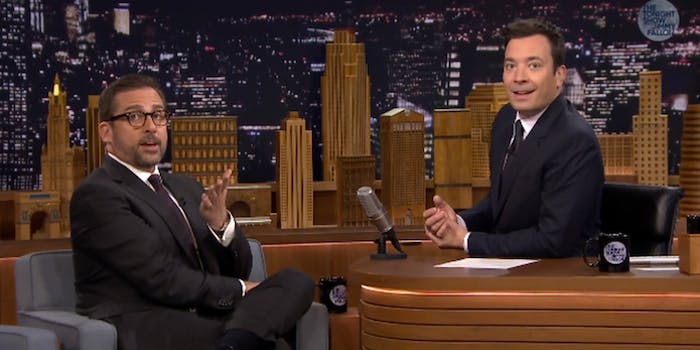 He knows a good pop song when he hears it.

Yes, Carell heard the New Zealand singer’s “Royals” early on, and told his One Direction–loving daughter it was going to be huge. She didn’t believe it and he got to have an “in your face” moment. Is there any other reason to have kids?

Screengrab via the Tonight Show with Jimmy Fallon/YouTube