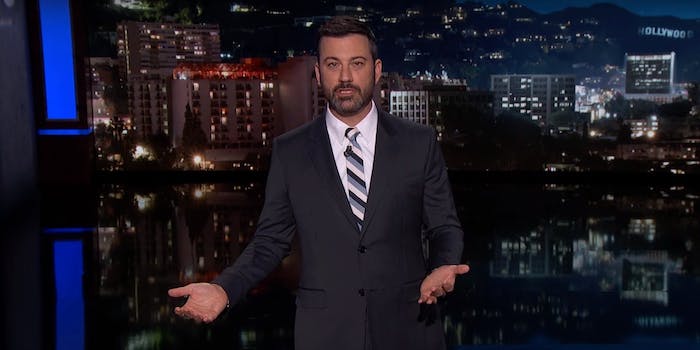 The First Order has some good ideas.

Although the #BoycottStarWarsVII hashtag was largely just a case of trolling (one that was ripe for mocking), some Star Wars fans did end up boycotting The Force Awakens because of its diverse cast. So Jimmy Kimmel made a version of the new Star Wars movie just for them.

The Force Awakens has made more than $1.54 billion at the box office so far, but one site claimed that the boycott from its readers cost Disney and Lucasfilm $4.2 million. That’s a tiny amount in the grand scheme of things, but according Kimmel, Disney wanted to make a version of the film more inclusive for those who organized the boycott.

This version is a lot more bro-friendly and paints the First Order as “pretty dope” and a group that has “some pretty interesting things to say about women and minorities.” (But it would probably also see 100 percent less Captain Phasma and Poe Dameron.) Scrolling the Emo Kylo Ren Twitter account gives us a good idea of what this version of the movie would look like.