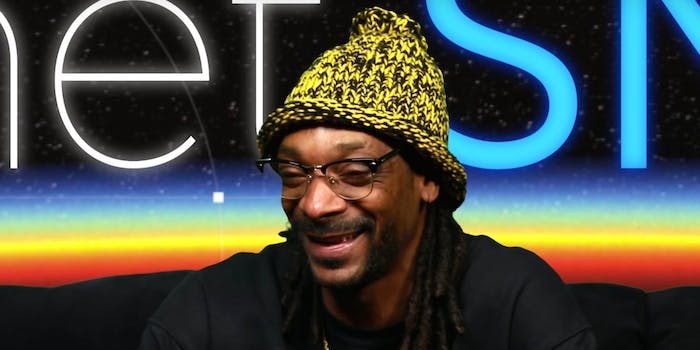 'This squirrel is hard—what gang he from?'

The people asked for Snoop Dogg to narrate the Planet Earth series, and in return, the Doggy Dogg answered.

After years of the recurring Plizzanet Earth segments on Jimmy Kimmel Live in which Snoop Dogg narrates nature videos, the entertainer launched his very own series called Planet Snoop on Thursday.

Hosted on his cannabis culture website Merry Jane, the first episode of Planet Snoop features Snoop’s colorful commentary on a life-or-death brawl between a squirrel and a snake.

“I ain’t ever seen no shit like this, either,” Snoop gaffes on the first episode.

The blog post introducing the series on MerryJane.com advises audiences to, “…grab your bud and your bong, and get ready to LOL.”

Merry Jane did not respond for comment on the future of the webseries.