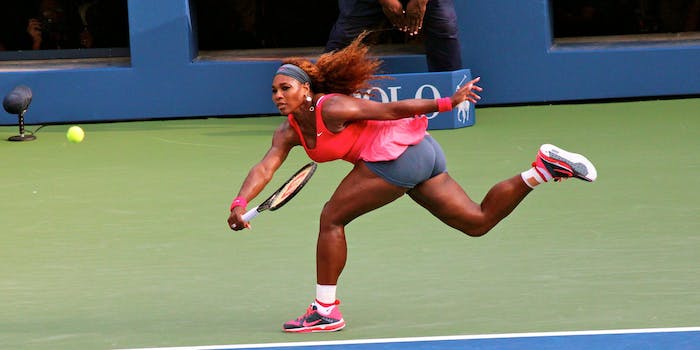 A source tells the magazine that the Drake relationship was merely a 'flirty friendship.'

Serena Williams has a new man in her life: she found her Narwhal Bacon at Midnight in Reddit co-founder Alexis Ohanian, according to Us Weekly.

A source tells the magazine that the Drake relationship was merely a “flirty friendship,” but recently the tennis star met Ohanian at a lunch and they hit it off.

Williams was spotted with Ohanian at her workout at the Los Angeles School of Gymnastics Saturday (Oct. 24), where he was heard calling her “babe” and they were seen holding hands.

The source adds that Ohanian was never into tennis before he began dating Williams, but he was tweeting his support of her back in May during the 2015 French Open, which Williams won, so he was at least somewhat into the sport. Or perhaps he was just into Williams, which is fair—she’s a boss on the court.

Either way, dating one of the best stars to ever play the game is one way to get into tennis.