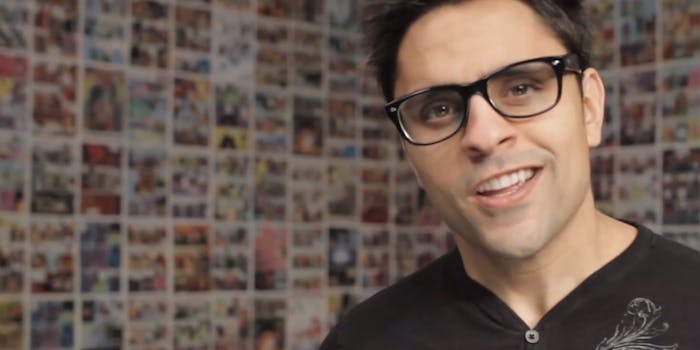 After 48 hours in court, his legal team bowed out.

One might call it an “unceremonious outcome,” but after 48 hours in court Ray William Johnson and his legal team bowed out of the fight to win their case against Jukin Media late Thursday. And shortly after closing arguments wrapped, Johnson’s and Jukin Media’s lawyers came together to bargain a settlement prior to the official ruling from the jury. Terms of the settlement were not disclosed, but a more interesting twist is that the jury had already reached a ruling and a ruling that swept the board entirely in favor of Jukin Media for 40 of the 40 clips in question.

“We have a variety of different ways we can turn the content on its head and can ridicule the content in a fun and not negative way,” said Johnson during his testimony on Tuesday, the first day of the trial. But as the jury was presented with side-by-side videos of every Jukin Media clip in question, it became starkly clear that of the three videos in an “Equals Three” episode, those pulled from Jukin’s creators were not transformed or edited in any significant way. In many cases the videos ran exactly as they appeared in their raw form, from start to finish.

Fair use has consistently been the creative community’s get-out-of-jail free card as many, especially Johnson, claim that the content is parodied or criticized and commented on in a particular way. As the juror told VideoInk, the decision came down merely because the videos didn’t seem transformative enough to fall into the realm of fair use.

And now Johnson and the case brought Jukin Media will go down in history as the token example of what not to do and what is not considered fair use in a clip show format on the Internet.