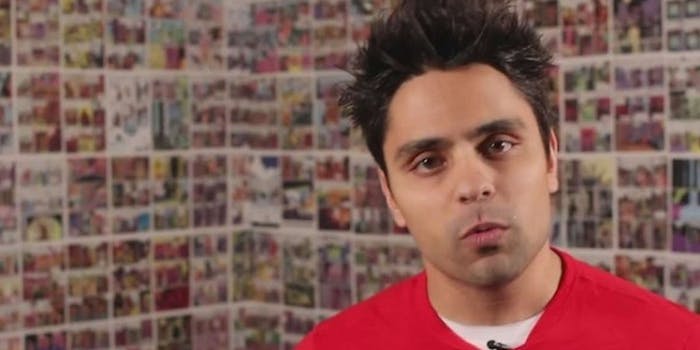 FX has reportedly committed to “a comedy inspired by the life of the internet star.”

Blip isn’t the only entertainment entity outside of YouTube with which Ray William Johnson is making deals. The 31-year-old with the third most-subscribed YouTube channel of all time just signed the papers that may make him a television star.

Lesley Goldberg at the Hollywood Reporter broke the news FX gave a script commitment to “a comedy inspired by the life of the internet star.” Mike Gagerman and Andrew Waller will write the script, and along with with Dave Becky and Troy Zien they will also executive produce. Johnson will also receive a co-creator credit. Should it get picked up for a full-fledged series, the program will air either on FX or the cable network’s soon-to-launch spinoff FXX and place Johnson within an elite pantheon of YouTube-turned-TV-stars alongside Lucas Cruikshank (a.k.a. Fred) and the Annoying Orange.

Regardless of where the series is distributed, executives at FX are undoubtedly hoping Johnson’s fanbase tunes in. The veteran online video star has accumulated 8.7 million subscribers and over 2.2 billion views on his primary YouTube channel, where he once-weekly provides peppy, sardonic commentary on a fresh set of viral videos. Check out the latest: