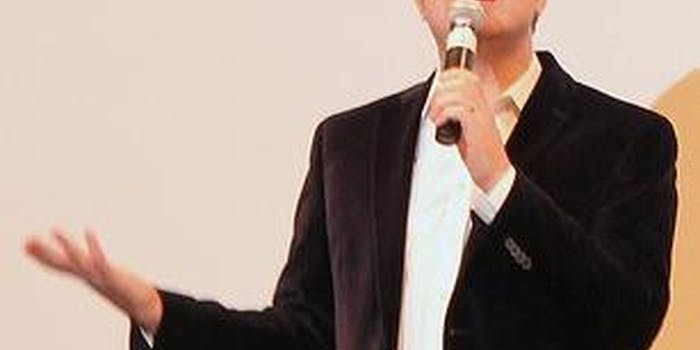 For actor Rainn Wilson, rape is no laughing matter—unless IBM’s “Watson” is involved

For the second time, Rainn Wilson from The Office tweeted an offensive rape joke on Twitter—and gained 500 new followers after apologizing.

For the second time in five months, actor Rainn Wilson has tweeted a rape-related joke.

Only this time, he has pissed a lot of people off.

Monday night Wilson, who plays Dwight Schrute on The Office, tweeted the following message to his 2.8 million followers: “If I were ever date raped I would want it to be to ‘Whole Lotta Love’ by Led Zeppelin.

The message was retweeted more than 570 times and angered dozens of fans who called out the 46-year-old actor.

“[O]fficially unfollowing @rainnwilson and you should too,” tweeted Chelsea Levinson (@levdoggydog). “rape jokes are not funny. are you listening, men of comedy?!”

The actor tweeted an apology on Tuesday morning, calling the tweet “poorly conceived” and “not a good topic to joke about.”

Yet, despite the backlash, Wilson has gained about 500 followers since he tweeted the controversial message, according to statistics from ZoomSphere.

Wilson should have followed the first half of that tweet more carefully.