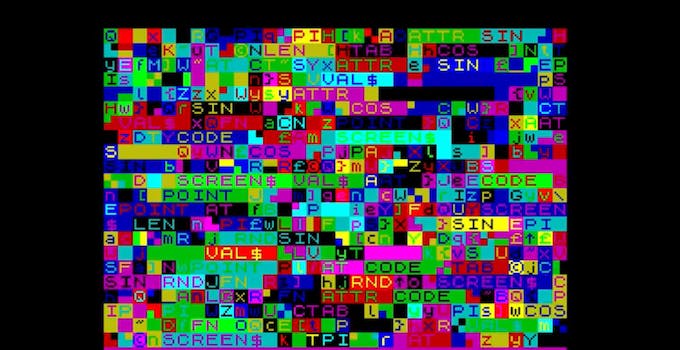 A cassette tape yields a message from the past.

Radiohead has gone all out with the 20th anniversary special edition of OK Computer.

A curious fan on r/radiohead noticed the last track on the cassette packaged in the OKNOTOK special edition “appears to be a ZX Spectrum compatible program or message. The Spectrum loads programs from audio cassette tapes, which explains why Radiohead chose the cassette format for this part of the release. Does anyone have a ZX Spectrum and cassette tape deck to try it out?”

Of course someone did. Soon we had a decoded message, dated December 1996 and featuring the band members’ names plus the words “With all our love,” as well as a colorful 8-bit-code sound collage. As the creator of this video states, “inside the code there’s a hidden, black text on a black background: “congratulations….you’ve found the secret message syd lives hmmmm. We should get out more.”

Chieftan Mews has already got his, and is unboxing just for you: pic.twitter.com/hJEpzuvL8C

OK Computer was released in 1997, but it’s not clear if this message was created in 1996 or earlier. The ZX Spectrum, a personal 8-bit computer, was released in the U.K. in 1982, but in a 2003 interview guitarist Jonny Greenwood revealed he had a ZX Spectrum as a kid.