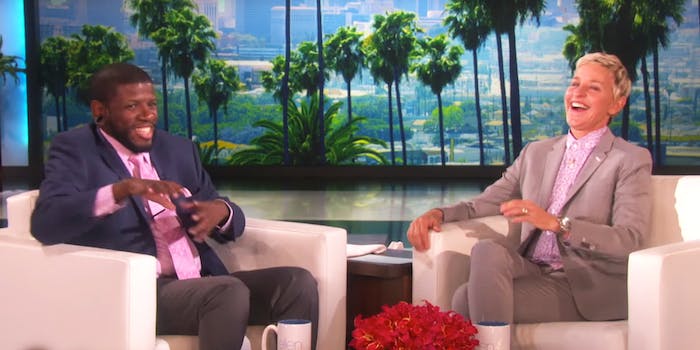 The DeGeneres Effect is real.

The DeGeneres Effect is real, and it just made Quincy Jones’s dream come true.

Last week, Ellen DeGeneres did some bidding on behalf of the L.A. comedian during a March 15 appearance on her show. She asked Netflix or HBO to air Jones’s standup special, which was funded via Kickstarter last month and is the comedian’s big to-do before dying of terminal cancer. She also donated $10,000 to the Kickstarter.On today’s episode, which taped March 17 when Jones made a follow-up appearance, DeGeneres delivers the news: HBO will air the special, which will film in L.A. on April 4 and debut later this spring.

When we spoke with Jones earlier this month, a distributor still wasn’t set in stone, but the special had already far exceeded its funding goal. Comedian and filmmaker Nicole Blaine, who launched the Kickstarter to help out her friend, is set to executive produce, with her husband, Mickey, directing.

“I keep repeating to myself, ‘What’s happening?'” Blaine told the Daily Dot. “I’ve been blown away by the kindness of strangers. There is a true, giving side to the entertainment industry, and I’m honored and humbled to be a part of something made by pure love. Quincy deserves this.”