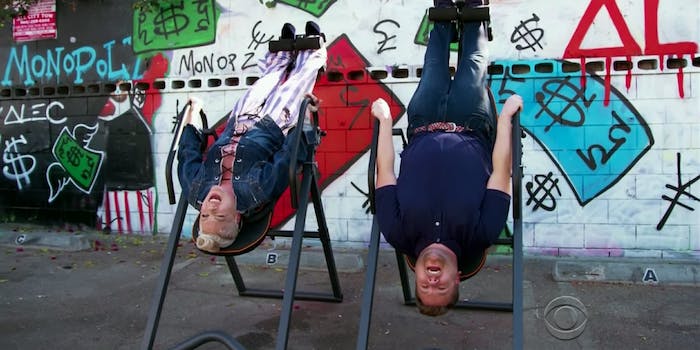 James Corden always gives it his all with whichever musician he’s jamming with on “Carpool Karaoke,” but he’ll be more than happy to get off the road for a good dance routine.

Pink joined Corden for the latest segment of The Late Late Show’s popular segment, which kicked off with her latest hit “What About Us.” Although their harmonies aligned, they had to work a bit on coordinating their dance moves with what little room they had to work with in the car.

In-between performing some of her greatest hits with Corden, Pink gushed on her childhood crush, opening for NSYNC on her first tour, and the science of singing upside down. While it works for Pink, Corden finds out first-hand that it doesn’t work quite as well for him.