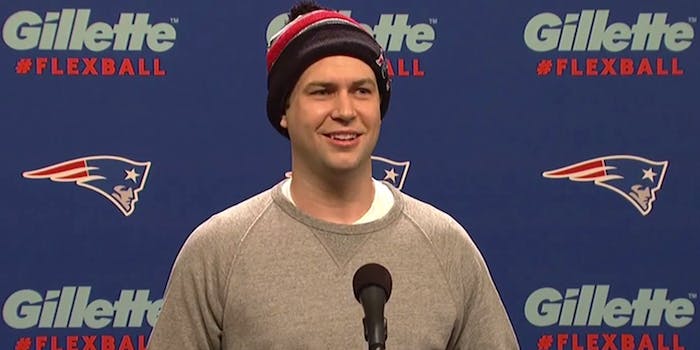 Can you handle the truth?

The New England Patriots gave the Internet a perfect meme this week with #DeflateGate, and started a bigger conversation about the NFL’s history with scandals and cheating.

Coach Bill Belichick dispensed with formalities and threw the team’s quarterback, Tom Brady, “under the bus.” Brady stressed the importance of not really stressing out about balls and air and how much air is in footballs.

He then introduced the “real brains” behind the whole operation, Dougie Spoons.