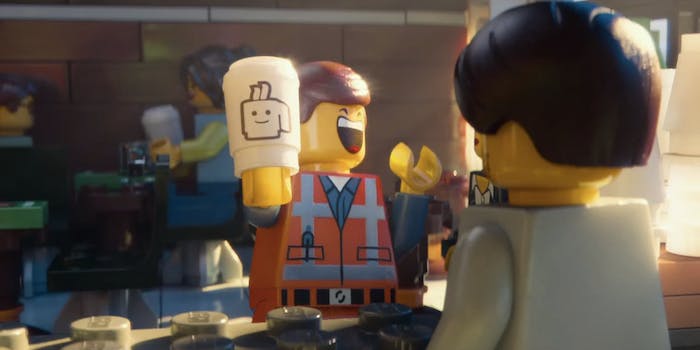 The Oscars performance of ‘Everything Is Awesome’ was… awesome

The Lego Movie might have been snubbed in the category of Best Animated Film, but as far as the Academy Awards audience is concerned, “Everything Is Awesome” anyway.

Tegan and Sara joined forces with Andy Samberg’s Lonely Island to deliver a bombastic performance of Oscar-nominated track “Everything Is Awesome.” Here are some of the highlights, in appropriately GIF-y form:

We have no doubt everyone was exhausted by the end of the number, but Batman looks like he’s barely holding on.

Best part? A few lucky stars got party favors out of the deal, which we have loved catching glimpses of during the rest of the show.

You can watch the full number here: