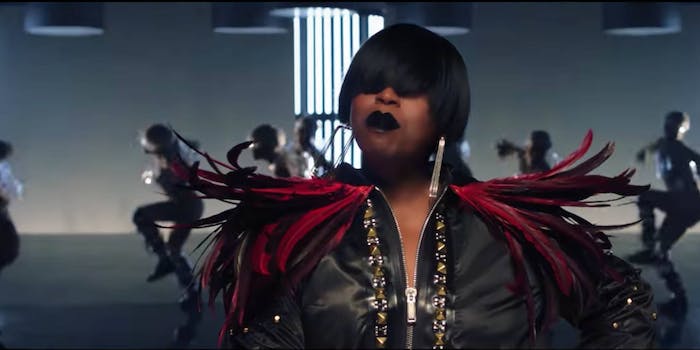 Missy Elliott just dropped the music video of the year

It's worth the wait.

Every new Missy Elliott single is a reason to celebrate. The iconic rapper is responsible for some of the most visually stunning and extra-terrestrial music videos of the last 20 years and her latest banger is no exception.

“I’m Better” is Missy Elliott’s first new track since 2015’s “WTF,” itself a decade removed from her last album, 2005’s The Cookbook. It features Lamb, and suffice it to say, it is worth the wait and bound to be the best part of your Friday.

The track is available now via all major streaming services. The release also coincided with the release of a trailer for a new documentary about Missy Elliott that, judging from the YouTube title, is coming soon.