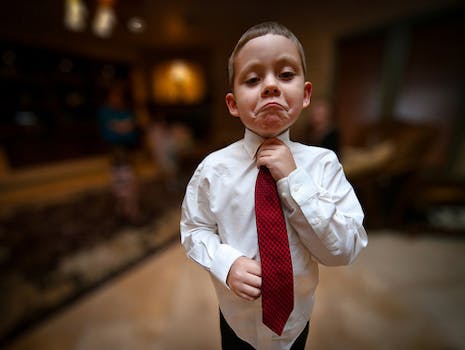 When Aaron Wallace posted a photo of his young brother-in-law last year, he had no idea that he was creating a new form of art—sort of.

To become—or create—an Internet meme is no small task. It often takes creativity, appropriate timing and just plain old luck. And from the looks of it, photographer Aaron Wallace, 28, may have stumbled onto the winning formula.

Late Tuesday night, a year-old photo Wallace took at a family wedding surfaced on Reddit.  People there turned it into a meme. The photo is of Wallace’s brothers 7-year-old brother-in-law, straighting his tie and making a face that puts Don Vito Corleone of The Godfather to shame. 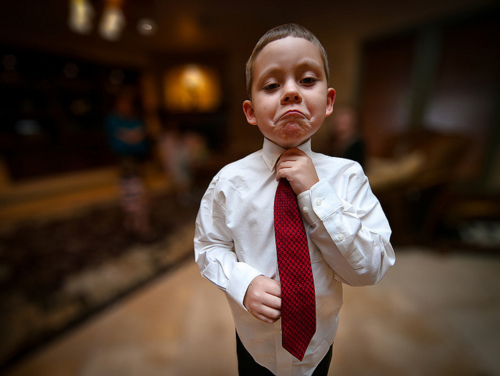 “He is a very animated and funny kid as you can probably tell from the photo,” Wallace told the Daily Dot in a Flickr message.

The image collected more than 4,500 upvotes and 100 comments from people calling it the next new meme. In typical meme fashion, six redditors added text to the photo and even compared it to the successful Baby Godfather meme.

“I had several people contact me saying that it was on there, the response to it is exciting,” said Wallace, of Tempe, Ariz.. “It is always nice to see your work out there being seen by other people. As for me expecting for it to become a meme, I always thought it had that kind of potential but never really expected it to.”

While Wallace’s image seems to have passed the test on Reddit, it’s hard to tell if the meme will rank among the stars.