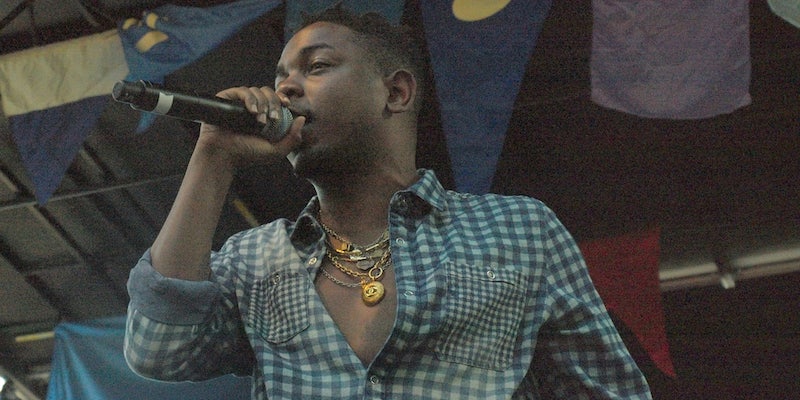 He has a 'chamber of material' that hasn't been heard.

Fresh off a performance that might have saved the entire Grammy Awards, it appears that Kendrick Lamar is on the verge of releasing a new album on Friday.

It was a surprising revelation, and it appears that Spotify has uploaded the eight-song album—which is listed as untitled unmastered.—with tracks that apparently were produced in 2013, 2014, and 2016. 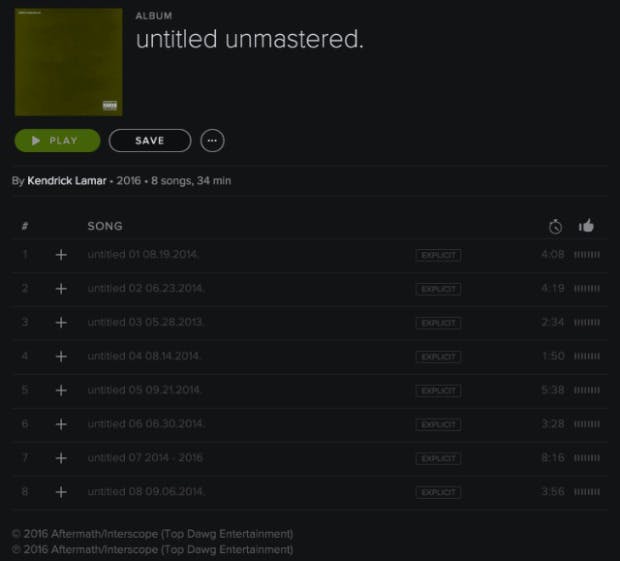 Lamar previously released in 2015 To Pimp a Butterfly, which was largely considered by observers to be his masterpiece, even though others point to his 2012 album good kid, m.A.A.d city to be his true artistic zenith.

Yet, if you follow Lamar religiously, perhaps the new music isn’t a big shock. He performed untitled never-before-heard songs in the past couple years on The Colbert Report and The Tonight Show, and this is what he told Grammy.com last month.

“You see all these performances on these late-night shows—I got a chamber of material from the album that I was in love where sample clearances or something as simple as a deadline kept it off the album,” Lamar said. “But I think probably close to 10 songs that I’m in love with that I’ll still play and still perform that didn’t make the cut.”

Maybe you can hear some of those songs on Friday.

H/T Consequence of Sound | Photo via Gozamos/Flickr (CC BY SA 2.0)