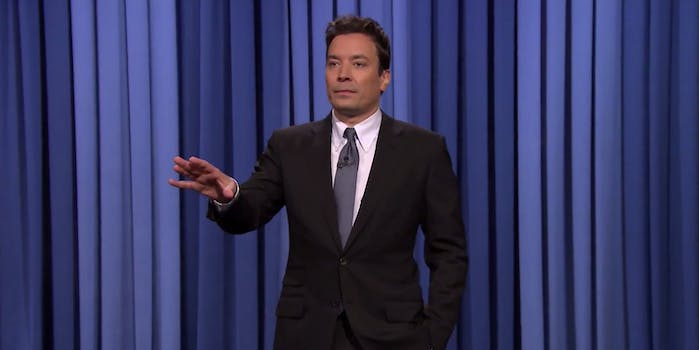 Back in ye olden days of the Internet (circa 2012), you could hardly go anywhere without hearing “Gangnam Style” or  seeing someone doing the dance, but now it’ll just get groans in response, even from viral king Jimmy Fallon.

“Gangnam Style” broke 2 billion views last weekend (close to 18 months after it past the 1 billion mark), and all Fallon had to do was mention it in the setup for a lame joke before someone in the audience wanted to see him dance.

A couple years ago, Fallon probably would’ve done it, no questions asked. But it’s just not as fun as it used to be, and even if America (aka his audience) wanted it, he wasn’t going to do it—at least not without friendly peer pressure.

Maybe it’s the lack of enthusiasm, but perhaps some things should just stay in the recent Internet past.