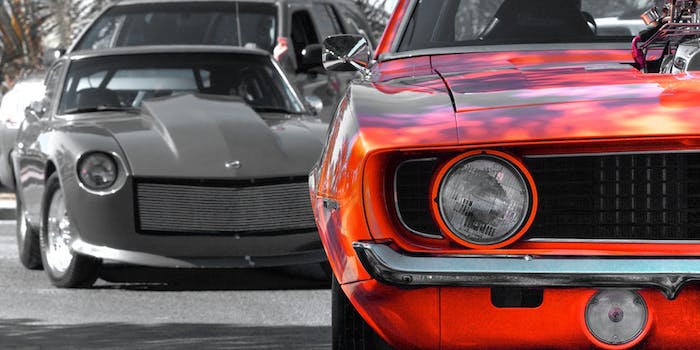 ‘Furious 8’ is happening—and it already has a release date

Meanwhile, Universal is delaying 'Warcraft' and the 'Pacific Rim' sequel.

Gentlemen, mark your calendars: In what is perhaps the week’s least surprising news, Fast and Furious 8 is happening—and it already has a release date.

The next film in the Fast and Furious franchise will be doing what it does best—sticking with the formula that works. That means driving really fast and blowing things up, sure, but it also means releasing Furious 8 in the spring.

The new chapter in the @FastFurious saga will be released on Friday, April 14, 2017. pic.twitter.com/FjH5wwnWWG

Scheduling Furious 8 for an April 2017 release has apparently required Universal to juggle its entire slate of upcoming blockbusters. The studio also announced major delays for numerous films, including Pacific Rim 2, Warcraft, and the Mummy.

Still, the payoff for Universal is clearly worth it. Every time a new installment of the Furious franchise comes out, pundits are newly surprised at its tremendous staying power, despite the fact that the franchise has for years been milking its diverse cast and outsider status to appeal to fans all over the world.

But as Furious 7 continues to rake in the box office love—still reigning at no. 1, this week the film topped $300 million domestic and $1.1 billion worldwide—the only real surprise is why it’s taken the critics so long to recognize the franchise for the cultural icon it is.

Star Vin Diesel, with plenty of loving tributes to departed costar Paul Walker, made the announcement onstage at Universal‘s segment Thursday during this week’s CinemaCon. So far CinemaCon has brought plenty of Hollywood bombshells; earlier this week at the industry convention, Disney announced plans to release 24 movies in 24 months.

Universal had plenty of other surprises up its sleeves at the con, but not all of them are as fun as the F8 announcement. Fans of Guillermo del Toro‘s cult hit Pacific Rim can start planning the apocalypse; the previously announced sequel is getting a delayed release date, pushed back from its originally announced date of April to August of 2017.

PACIFIC RIM 2, the follow-up to the epic action-adventure Guillermo del Toro created, will be released on Friday, August 4, 2017 #Summer2017

The sci-fi thriller starring Idris Elba and Rinko Kikuchi was a visual feast praised for its innovative takes on the kaiju and mecha genres, as well as for its diversity. Still, it failed to make a splash with mainstream U.S. audiences and instead landed huge with worldwide audiences, particularly in Asia.

The good news for the franchise, however, is that del Toro is hands-on and optimistic about the sequel. Plus, the delay means Pacific Rim 2 won’t be going head to head with Furious 8 for marketing resources from the studio.

However, neither the original director nor screenwriter for the first film will be returning for the sequels after clashing with author E.L. James on the set of the first. James has reportedly anointed her own husband to write the sequels, thereby giving herself even more creative control over the film adaptations of her controversial books.

And speaking of fierce battles, the long-awaited movie Warcraft is also getting pushed back. The movie adaptation of the popular MMORPG will be delayed three months until June 10, 2016.

Finally, Universal will also be delaying its much-anticipated reboot of The Mummy for nearly a full year—kicking it back from June 2016 to March 24, 2017.

As for Universal, it will undoubtedly be unwrapping its Furious gifts for a long time to come.

Photo via themeplus/Flickr (CC BY 2.0)