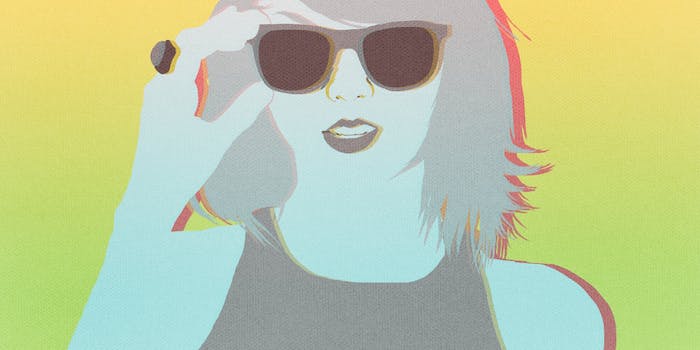 You never know which member of her squad will show up next.

The only thing more exciting than a Taylor Swift concert is seeing who else shows up to share the spotlight.

Swift has been surprising her fans with big surprise guests at her concerts and performances for years now, often resulting in giant duets. But the U.S. portion of her 1989 World Tour so far has been a juggernaut of its own thanks to the many, many cameos from Swift’s countless famous friends (and even one actual Friend). Once it happens on the stage, it goes straight to social media, courtesy of Swift’s ever-loyal fanbase.

And like the Foo Fighters, anything Swift touches turns to viral gold.

At every concert, Swift brings at least one member of her squad onstage—which includes actors, musicians, models, World Cup champions, and idols (and not just those featured in the “Bad Blood” music video). Some might just join her onstage, but others will pick up the mic, letting Swift fulfill everyone’s giant fantasy by dueting with many of our favorite people.

Swift still has a couple more months of touring the U.S., and she’s bound to bring out even bigger stars along the way. But looking back at everyone she’s introduced so far, we can only say for sure that it’s going be hard to top Ellen DeGeneres’s sparkly tutu.

Update 7:37am CT, Aug. 26: This article has been updated to add Swift’s three most recent duets: Natalie Maines, John Legend, and Beck and St. Vincent.

Update 7:44am CT, Aug. 27: This article has been updated to add clips of last night’s contributions: Justin Timberlake, Selena Gomez, and Lisa Kudrow.