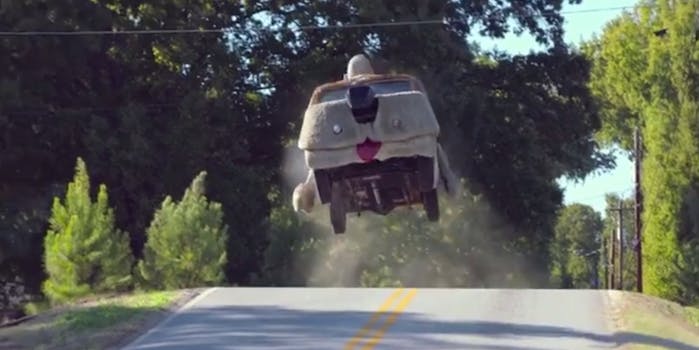 Yes, the trailer for Dumber and Dumber To is out, 20 years after the world last got a glimpse of new material from cinema’s most idiotic band of brothers, and thus we finally have some semblance of an idea for what this movie’s going to look like.

Evidently, Harry Dunne, the blond bimbo played by Jeff Daniels, had a daughter 20 years ago, one he’d never met who got put up for adoption by her mother. That daughter’s now grown, obviously, and quite the looker. So much so, in fact, that Jim Carrey’s Lloyd, who’d been faking insanity as part of a two-decade ruse to get some QT in an insane asylum, sees it fit to trek across the country to find her. Sound familiar? No doubt comedy ensues.