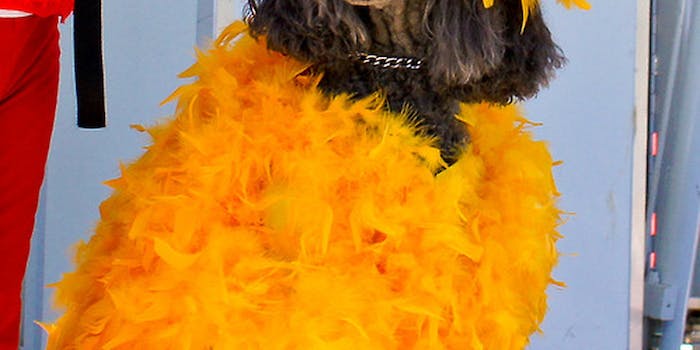 One pup's plans were thwarted when his favorite Sesame Street character became a political talking point.

Hercules was always planning to dress up as Big Bird for Halloween this year.  After all, the giant avian is his favorite Sesame Street character.  But when the big yellow birdbecame a politically charged campaign issue following the first presidential debate earlier this month, Hercules began to worry that his costume choice might be too political.

“He’s not trying to send a political message,” said Keith Hagens, a source close to the situation.  ”He just really, really loves Big Bird.  He doesn’t want anyone to think he’s supporting one candidate or the other.”

Hercules has not yet decided if he will keep the costume or pull a last minute audible and find something else to wear trick-or-treating. 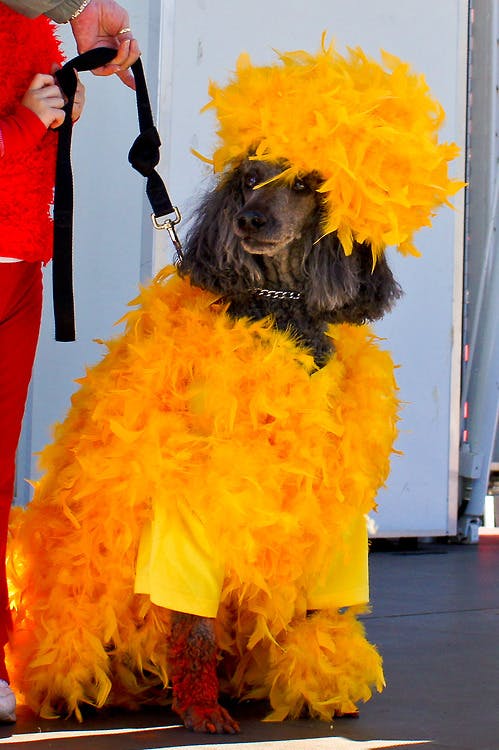