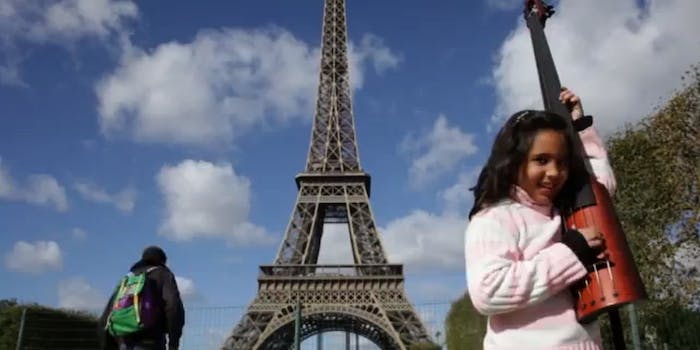 Without even meaning to, a trip to Europe for Collective Cadenza turned into a number of musical experiments spanning from leaving a bass out for people to play in Paris, The Sound of Music parodies and a performance inside a Czech music shop.

Dogs are supposed to be man’s best friend, but what if one actually was your best friend? The different oddities of cats and dogs are brought to life as they interact with each other and their “human” owner.

3) The Piano Guys, “Lord of the Rings – The Hobbit (Piano/Cello Cover)”

To celebrate one million subscribers, Jon Schmidt and Steven Sharp Nelson of the Piano Guys rewarded their fans with one of their most requested videos, covering The Lord of the Rings score, complete with awe-inspiring backdrops.

It’s only the day after Thanksgiving and the Christmas light show videos are already popping up online. The company famous for creating the Angry Birds theme light show took on another juggernaut. All we’re missing is a lit-up, horse-trotting PSY.

Last July,  Devin Supertramp and friends took a Canon 5D Mark III camera and ventured up to Alaska to film the rivers and other territories rarely seen by anyone, including multiple grizzly bear sightings.