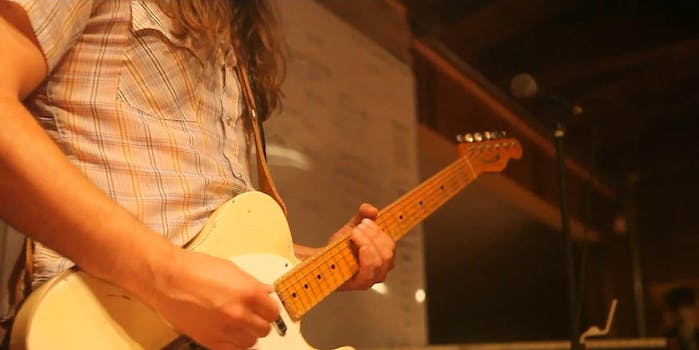 For those who tuned in to the livestream of Wendy Davis’s historic crowdsourced filibuster, the event felt like a political rock show.

Now, it has an appropriate soundtrack.

Austin-based power trio Bright Light Social Hour has released a new song in response to Tuesday night’s epic vote-delaying crowd protest. Titled “Wendy Davis,” the video for the song uses footage the band took on their phones while attending the filibuster. Written, recorded, and edited in two hours—it catches the spirit that was alive and well in the rotunda Thursday night.

The track uses the pulsing cheering and screaming in support of the filibuster in the background. The crowd excitement was significant politically as well as musically: The protesters caused such a ruckus that after Republican senators called Davis to halt for allegedly going off topic, they still weren’t able to hold a vote for all the noise in the assembly.

Writing about the making of the song on YouTube, the band added, “La lucha sigue”—”the struggle continues.”

Last night we found ourselves at the SB5 protest at the Texas State Capitol Building in Austin. After the vote went through we ran home, wrote and recorded this song and made the video with footage we took on our phones. La lucha sigue y’all.

Given that three people, including a 70-year-old woman, were arrested during the protests, it sounds like Texas is in dire need of some accompanying revolutionary rock & roll.