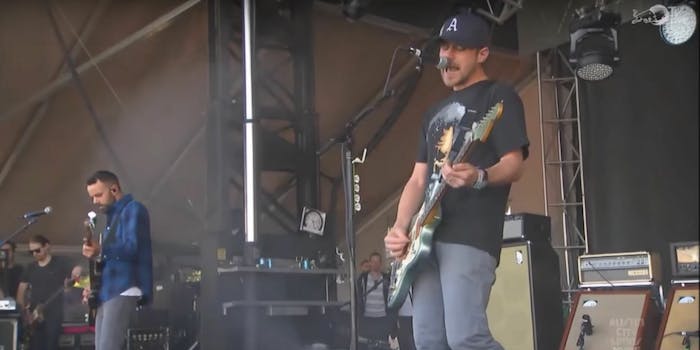 She says the singer solicited nudes from her when she was a minor.

The accusations against Lacey were made in a series of Facebook comments, Uproxx reported.

The original post questioned why Lacey has not been named among the men recently accused of being sexual predators. Nicole Elizabeth Garey commented on the post, saying Lacey “manipulated” and “demeaned” her while she was a minor.

“YES. He solicited nudes from me starting when I was 15 and he was 24,” Garey wrote in the Facebook comment. “Manipulated the hell out of me, demanded specific poses/settings/clothing, demeaned me, and made it clear that my sexuality was the only thing I had to offer. He knew what he was doing was shitty so he wouldn’t touch me until I was 19. I should’ve known better by then, but he had screwed me up so much psychologically that all I wanted was his approval. It fucked me up to the point that I STILL have nightmares and wakeup in a sweat. I still breakdown and have panic attacks when people play Brand New in a bar. JESSE LACEY IS A PIECE OF SHIT.”

She added that Lacey masturbated in front of her on Skype.

Brand New’s press team did not immediately respond to the Daily Dot’s request for comment.