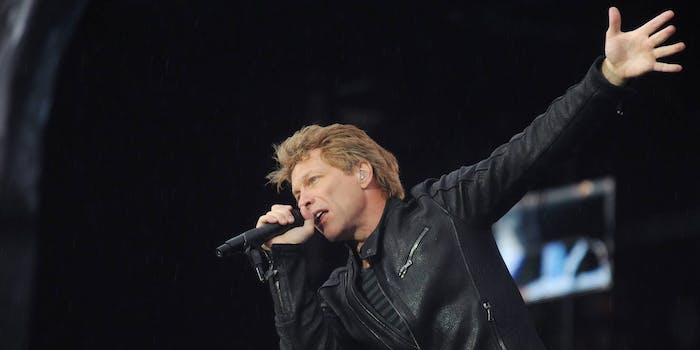 Your band is wanted dead or alive. Preferably alive, though.

Bon Jovi is set to hit the road on a nationwide tour beginning Feb. 8 in Greenville, South Carolina, and it wants your band to open up the show—if you’re any good, anyway.

In order to prove that your shitty little band—which your parents said would never make it—is good enough to open for Jon Bon Jovi and company in front of an arena filled with fans, you can upload your group’s best work to Bon Jovi’s website or its Facebook page in order to audition (you can also watch other bands’ submissions to see how well you measure up).

Beware, though. The band wants “sound, style, and substance” from its opener. Live Nation, which is managing the tour, will narrow down the finalists for each city, and then, Bon Jovi management will pick the winner.

“Every great band starts small and builds their rep one show at a time,” Bon Jovi said. “That’s the opportunity we were given and now we want to pay it forward. If you’re ready for the arena stage, submit your audition tapes and join us in playing for the best audiences in rock music.”

Winners—aka the people who will get to play in front of 10,000 apathetic fans who are jonesing to do their bad impression of “Livin’ On a Prayer”—for the first leg of the tour will be announced on or around Jan. 27.