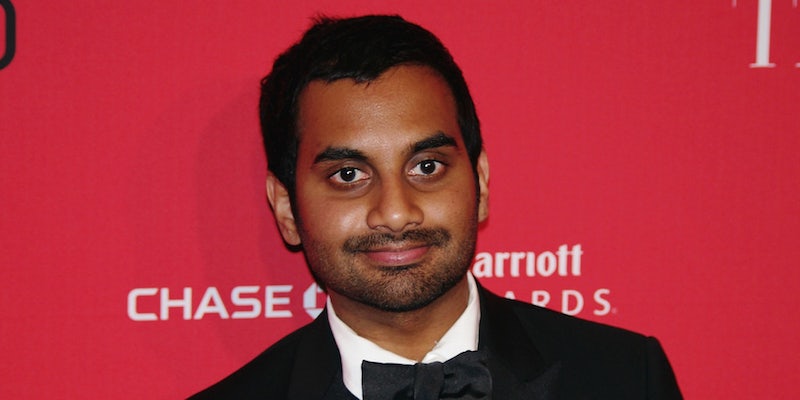 First J.K. Rowling eviscerated the News Corp CEO after he blamed “Moslems” for the attacks on the French magazine Charlie Hebdo. Then actor and comedian Aziz Ansari ripped him a new one during the Golden Globes as he tried to backtrack.

Although he didn’t respond to any of Rowling’s criticism earlier Sunday, Murdoch attempted to change his tune by Sunday afternoon, asking his followers to remember Ahmed Merabet, the Muslim police officer who was gunned down during the attack on Charlie Hebdo. Given Murdoch’s last tweet about Muslims, the request seemed disingenuous to some.

Extraordinary scenes in Paris today, but do not forget the heroic sacrifice of Ahmed Merabet, Muslim police officer whose funeral was today.

Ansari took note of Murdoch’s shift, reminding his followers what Murdoch had said the day before and calling him out for being a hypocrite.

@rupertmurdoch Quit back peddling you racist piece of shit

In Murdoch’s anti-Muslim tweet, he wanted to hold all Muslims responsible for the attacks because of the “growing jihadist cancer.” Ansari, who is not religious, returned the favor, saying he would hold Murdoch responsible for every bad thing Christians had ever done.

Ansari had nothing against Christians or Muslims, he said, only ignorant people like Murdoch. His replies were fittingly merciless.

[email protected] Are you responsible for the evil shit all Christians do or just the insane amount of evil you yourself contribute to?

.@rupertmurdoch You are Catholic, why are you not hunting pedophiles? #RupertsFault

.@rupertmurdoch Are you responsible for the evil shit all Christians do or just the insane amount of evil you yourself contribute to?

.@RUPERTMURDOCH PLEASE TELL ME WHAT HAVE YOU DONE TO STOP ANY AND ALL CRIMES COMMITTED BY PEOPLE OF YOUR RELIGION???!!!

.@rupertmurdoch, you're already a vaguely evil media conglomerate guy and THEN you're ALSO racist? FOR REAL?! You're an evil overachiever!

While the top moments from the Golden Globes quickly took over Twitter‘s trending topics, Ansari’s use of #RupertsFault trended alongside them. People started to blame Murdoch for anything Christians had done to harm others, including numerous high-profile examples of religiously inspired hate.

the Fat Boys broke up #RupertsFault.

The popularity of The Big Bang Theory #Rupertsfault

Not enough Tina and Amy at the Golden Globes. #RupertsFault @azizansari

Ansari had the final word, although it’s only a matter of time before something else sends him into a well-deserved Twitter rage.