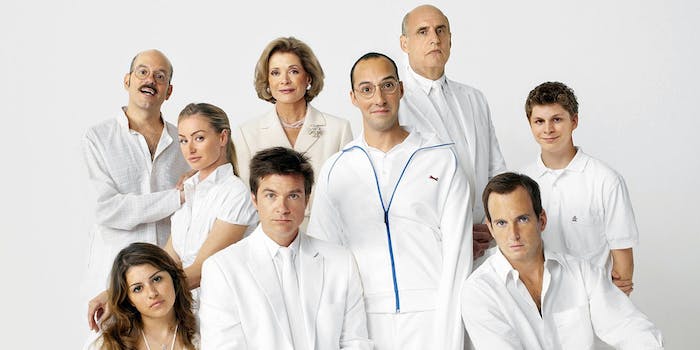 Get ready for 17 more episodes of ‘Arrested Development’

Is there really still money in that banana stand?

It’s been nearly two years since new episodes of Arrested Development materialized, and there have been a lot of rumors about how it would return. Now, fans have a little peace of mind.

In a South by Southwest interview with Grantland’s Bill Simmons, which was released today, co-executive producer Brian Grazer said they’re doing 17 more episodes of the show. He starts talking about it at around 24:25,-and seems pretty confident about it.

Netflix had no comment about the alleged fifth season, but reactions on Twitter seemed to vacillate between excitement and exhaustion. The format of season 4 was so divisive, this is either the best or worst idea.