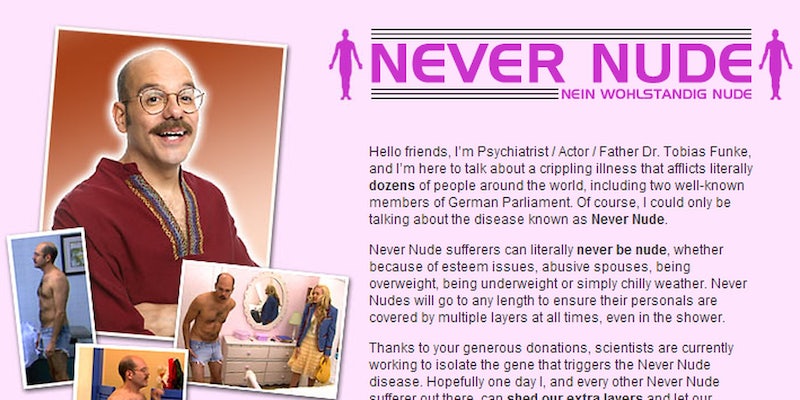 A look back at every website mentioned in the original run of Arrested Development.

The Internet may have saved the Bluths, but the websites mentioned throughout Arrested Development’s initial run no longer exist.

Fox actually set up real versions of several sites mentioned by characters and on screen in the show’s first three seasons. With Arrested Development about to emerge from the ashes on Netflix, we thought we’d take a look back at those sites to see how they look now.

You might have expected Netflix to resurrect the sites mentioned in the show as part of its comprehensive marketing campaign. The streaming video service has offered fans the chance to win a walk-on role through Twitter, created a series of fake Arrested Development-related shows on Netflix, and this week, they’ve even started taking a real-life Bluth’s Original Frozen Banana stand around the U.S.

But reviving classic in-joke sites like Bob Loblaw’s Law Blog isn’t in the cards—at least not yet.

So, for right now, we’ll just have to settle for reliving the magic through Archive.org’s Wayback Machine:

When Oscar Bluth was wrongly imprisoned in his twin brother’s stead, he set up a site to campaign for his release. The site is gone, replaced by a placeholder owned by a private entity. However, someone set up a mirror of the site on Tumblr, called imstilloscar.com. 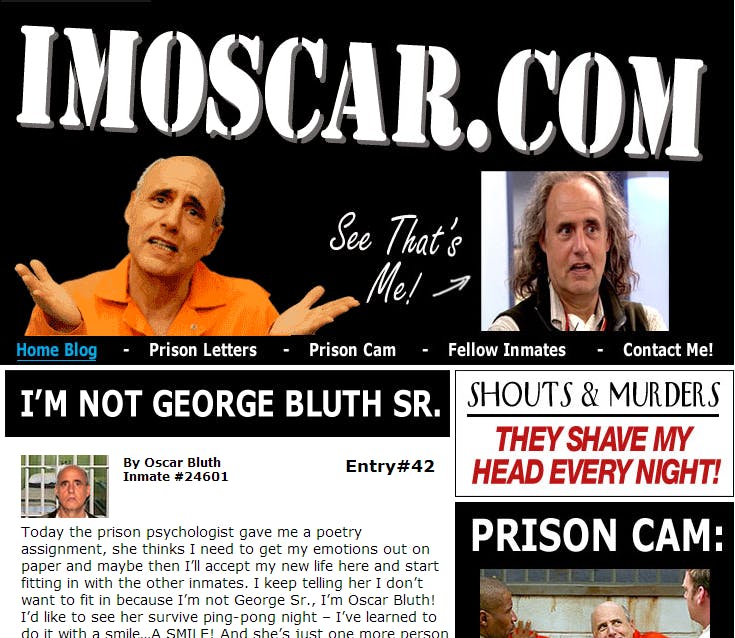 A Saddam Hussein lookalike captured in the third season claimed he was not the real Hussein. He protested with a site almost identical to imoscar.com, save for the text replaced with Arabic and the photos switched. Fox still owns that domain, but now it just redirects to the Fox homepage. 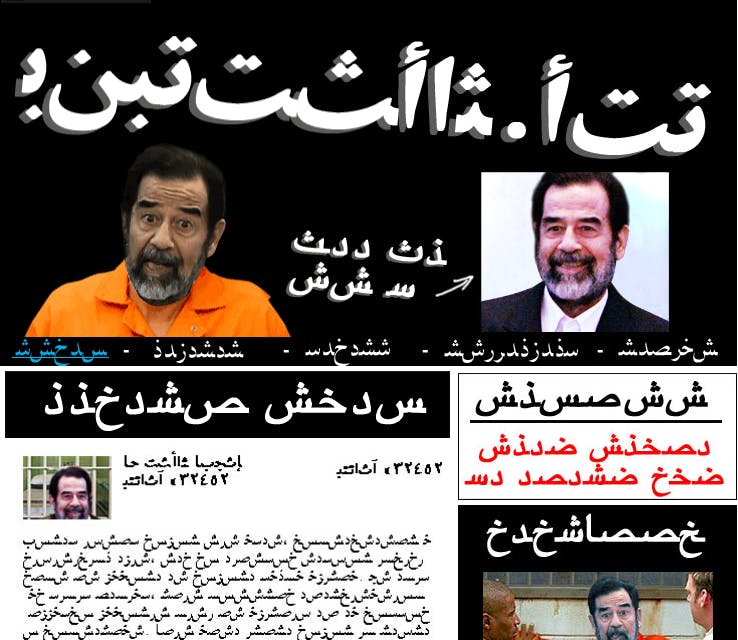 As much of a meta nudge-nudge-wink-wink to fans as was seen on the show, it suggested that fans start a campaign to help save the Bluths in the face of impending cancellation. This site never actually existed, though saveourbluths.com was set up as a fan site.

Ben Stiller’s character Tony Wonder is almost as ridiculous as Gob when it comes to his magic act. His site appeared in the show in a gag mocking Fox’s constant promotion of Family Guy during episodes. It existed in real life and while Fox still owns the domain, it too does not hold any content. 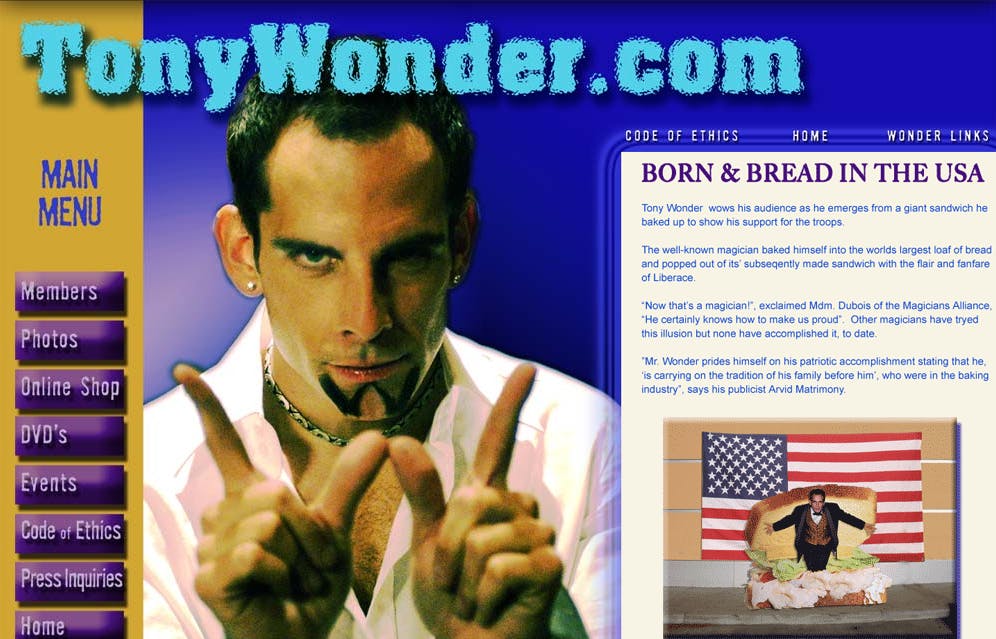 Fox never bothered to set up this site. Comasense was a company in the show which offered families of people in comas to profit by allowing medical students and aspiring makeup artists to practice on a live body. Poor Buster was faking his coma and had to grin and bear minor medical procedures without anesthetic.

There actually was a law blog run by a Bob Loblaw—only it seemed like it was the work of a fan, rather than Fox. The blog was hosted on Blogspot, rather than its own domain and Decision of the Day, as the blog was called, was operated by a Robert Loblaw. It covered the best and worst of federal appellate decisions each day and was “intended purely for entertainment.” There’s every chance that there was a real Bob Loblaw who ran a law blog, though the timing of the first post coincided with Loblaw’s first appearance on Arrested Development.

Matriarch Lucille adopted a son from Korea just to get back at Buster. Freeannyong.com was campaigning to free the newest Bluth from the family “before their skewed values and utter lack of human decency destroys his life.” And guess what? Fox owns the domain, and it is completely dead. 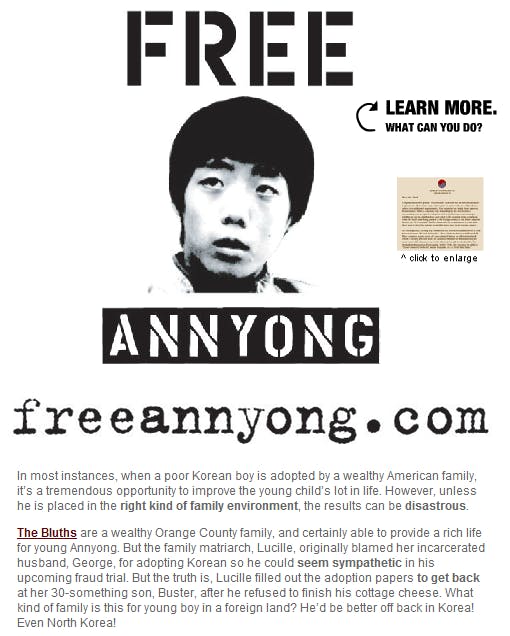 As a “never nude,” Tobias always wore jean cutoffs to avoid being completely naked at any time. His condition, though unrecognized by the American Medical Association, was shared by dozens of others. Dozens! Tobias set up a site to explain the condition. The domain is still registered to Fox and while the site’s gone (unsurprisingly), it featured many photos of Tobias in his famed non-nude attire. 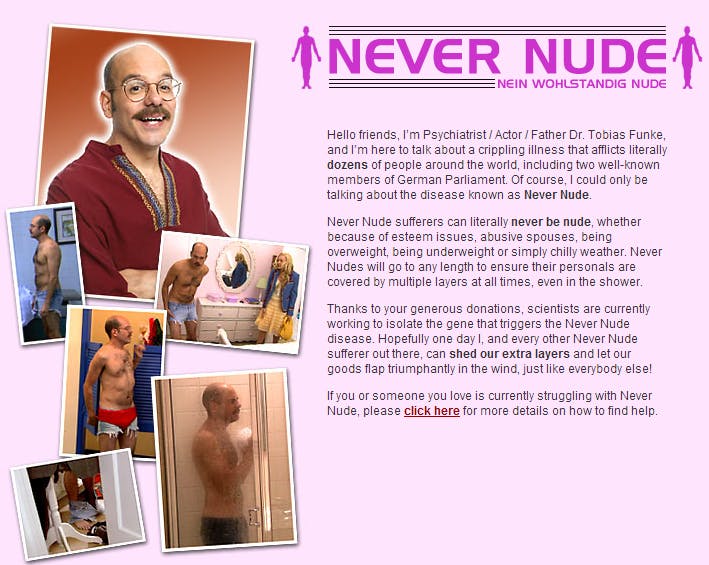