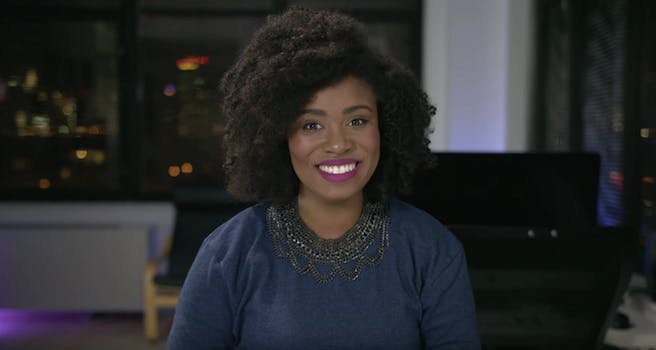 The YouTuber said her illness has made it difficult to put out videos.

YouTuber Akilah Hughes felt the power of her community this week when they rallied and raised more than $26,000 for treatment of her Lyme disease on the crowfunding platform GoFundMe.

“This has changed my life,” wrote Hughes after her goal was met in just six hours. “I was so nervous about even asking for money. I am usually shamefully proud and independent. But I need your help. And this will make finding specialists, getting treatment, and actually resting so much easier, and so much less stressful. You are all angels. Thank you xx”

Hughes, who in addition to YouTube is also a writer for Fusion, shared the details of her condition on her GoFundMe page, including a stint as Cedars-Sinai in Los Angeles while on a work trip. Hughes had been detailing her mystery illness on Twitter throughout, and several doctors were unable to diagnose her until she finally demanded blood work back in New York.

Hughes admitted her own bias against Lyme disease as a diagnosis people don’t take seriously—like when celebrities like Avril Lavigne or Real Housewives star Yolanda Hadid spoke up about their diagnoses.

“I assumed it was a fake disease that I never needed to look into,” she wrote.

Since her diagnosis, Hughes has been unable to work and put out videos, her source of income. She’s also facing health insurance issues by being temporarily on Medicaid before her Blue Cross coverage kicks in May 1. That’s why she turned to crowdfunding—to help her afford a specialist and to let her return home to Kentucky for recovery. Her biggest goal now is to return to her video-making for her fans’ sake, and her own.