Nice to meet you... Wait, you know this how?

The other day a guy called my name on campus. I didn’t recognize him, but said hi to be polite, and he turned out to know all sorts of stuff about me, like where I’d just been on vacation. It was pretty creepy. With the help of Facebook, I eventually determined that he’s the brother of a friend of mine. Some of my Facebook posts are public or visible to friends of friends, and I know that’s on me, but I feel like he should have realized that this meant he would know way more about me than I knew about him. How should I have handled this?

Is it possible this guy just spends too much time on OKCupid, where if you’re looking at someone’s profile they can see you’re looking at them and vice versa? Because if not, this is very strange behavior. Yes, you’re presumably aware that your public posts are public, but you had no reason to know that he, specifically, was reading your timeline, or even who the heck he was. 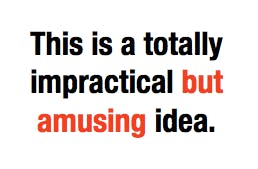 I mean, if you were an actual public figure, he might know a great deal about you—maybe he read your memoir, let’s say. It would not be a surprise to you that your memoir was publicly available. But it would still be inappropriate to, like, go up to David Sedaris and say “Hey David! How’s Hugh? Did you guys ever redo the kitchen?” (I forget if there’s anything about redoing kitchens in a David Sedaris story but it seems plausible. You get the idea.) That’s just confusing! The whole point of polite behavior is to avoid causing people unnecessary discomfort, and making people needlessly wrack their brains to figure out where they know you from definitely qualifies as uncomfortable and unnecessary.

So yes, this guy shirked his responsibility to make clear that he was an onlooker, not a friend or colleague. What he needed was a blank look and a “Sorry, do I know you?” to put him in his place. But if there’s any chance at all that he might be a classmate or coworker or someone else you should reasonably have remembered, that might be a little too chilly in tone. Otherwise, future similar encounters may require a little more gentleness—something like a genuinely apologetic, “I’m so sorry, I’m just blanking—can you remind me of your name?” When he offers it, it SHOULD naturally come with a quick precis of how you met, if you ever did—you know, something like, “Oh, sorry, I’m Roger, Jeffrey’s brother.” Although possibly I shouldn’t expect this guy to behave the way the rest of us naturally would.

It would also be really funny to deal with this by making a public post that says “Just a reminder—if you ever see me around the city, you should call me ‘Ace’! I go by ‘Ace’ now!” and then follow it up with a private post saying “I don’t go by ‘Ace,’ I am merely laying a clever trap for people’s dumb little brothers who accost me on the street and don’t tell me who they are.” Then you can be confident that anyone who calls you “Ace” only knows you from weirdly stalking your Facebook! This is a totally impractical but amusing idea.

(Incidentally, I feel bound to note that this guy’s level of interest in you seems sort of disproportionate. Yes, if someone you know comments on a public post, Facebook will often sneak that post into your feed. But following your Facebook enough to remember your recent travel plans? That’s a little much, and deserves keeping an eye on. He may have designs.)