Tangled Web: The etiquette of doing due diligence on your date

In this day and age, all of you Google before a date, right? What's the etiquette of how much to reveal you know?

I met a guy on an online dating site, and we hit it off really well, so of course I Googled him. His name is not very distinctive, which makes him really hard to search for, but I am really good at searching—I ended up digging up an old username that led me to his Facebook (which I couldn’t find just based on his name because there were too many results). It turns out we have friends in common, which I think is really cool. I’d like to ask him how he knows them. But I feel like it would be awkward to bring it up, because I’d have to tell him how I knew. Is this something I have to take to my grave?

At this point, anyone who doesn’t assume that a date will do a basic Google is being obtuse. We Google people we’re not even that interested in, just to see what’s out there. And yet we’re all expected to pretend we know nothing—especially for information we found on a deep-dive search. It certainly doesn’t make dating LESS awkward. 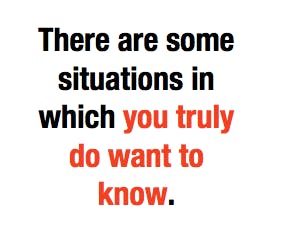 Some purists and retro types might say this was a reason to curtail your searching, in order to preserve some sense of mystery—or at least some ability to act convincingly surprised when he tells you his alma mater or hometown. But let me tell you a story: A friend who was using OkCupid fairly heavily once sent me the profile of a guy who seemed like a good prospect, asking whether I thought she should message him. I did a reverse Google Image search on one of his pictures, and actually found a posting on some kind of “don’t date this guy” site where several women said he was physically abusive. There are situations in which you truly do want to know.

So I don’t think you have to feel bad about doing due (or perhaps undue) diligence, even if you were doing it more out of curiosity or mooniness than caution. But I also don’t think you gain very much by bringing it up, and you run the risk of creeping him out pretty badly. Something like mutual acquaintances will come up naturally at some point, and be more fun to discuss when it does—“Wait, you know Henry? I know Henry! How do you know Henry?” is a much better date conversation than, “So, I was strenuously Googling you and I found out…”

Wipe it out of your mind when you’re talking to him, if you can, so conversation can proceed more naturally. If you guys continue to hit it off, he’ll probably add you on Facebook eventually, so if nothing else you’ll then be able to say, “Hey, I noticed for the first time that we have mutual friends on this social network where I have totally never seen your profile before!” If you don’t, at least you know where to look to see if he’s saying mean things behind your back.

(That’s a joke. Don’t look at your exes’ social media.)