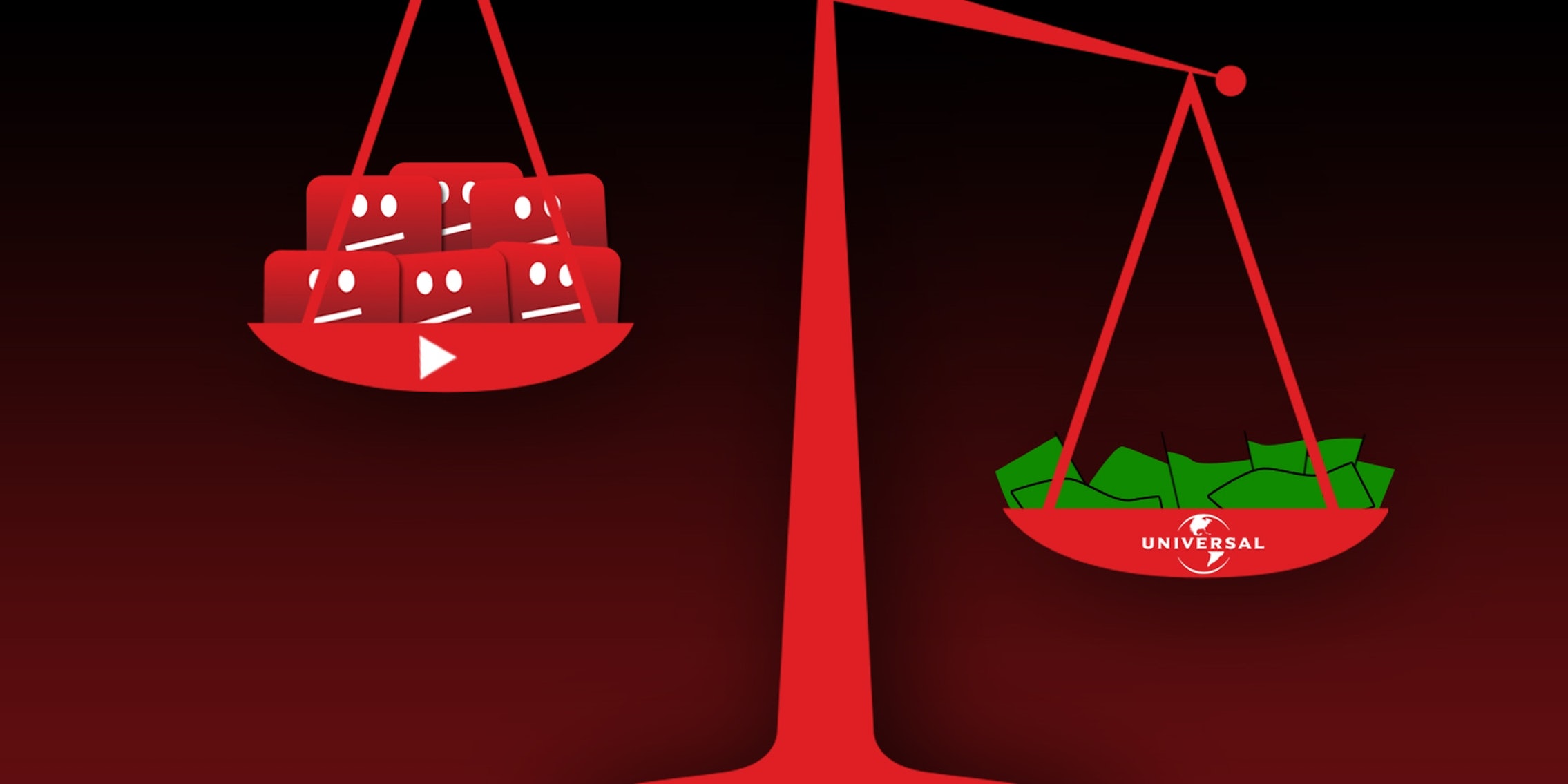 The days of the video remix on YouTube may be numbered.

Last summer, I uploaded a new video mashup to YouTube, only have it blocked globally seconds later. It has taken me almost a year to discover why.

Inspired by remix culture, I began re-editing TV shows in 2008, mashing up the characters of Mad Men to turn them into feminists and the Real Housewives cast into lesbians. I uploaded my new, more subversive storylines to YouTube, and from there, they got shared and embedded on sites like Jezebel, BuzzFeed and New York magazine. Video remix introduced my ideas to the world in a way that my written work never could.

Last August, I saw Jay Z’s HBO mini-documentary commemorating his 6-hour “unprecedented performance experience” of “Picasso Baby” at Pace Gallery. The movie was ripe for remixing: Within the first minute, Jay Z reflects on the similarities between performance art and his usual concert performances, arguing that art galleries have separated art from mass culture, presumably unintentionally.

With one simple twist, I recontextualized select scenes of his performance and set it to Taylor Swift’s “22.” The remix illustrates how both Jay Z and Swift use their status as outsiders to relate to audiences despite being very much insiders. (For those familiar with the New York creative scene and its indie-celebrities, the video takes on another layer of meaning in its depiction of an intentionally indifferent art world desperate to be seen and validated by conventional popular culture). I uploaded the mashup to YouTube on Aug. 5, 2013, and it was immediately blocked globally. Ten months later, I finally uncovered the reason.

Like many other remixers, culture critics, and journalists, I rely heavily on something called “fair use,” a section of copyright law that permits the use of pop culture source materials without the permission of the copyright holder for a variety of uses: comment, critique, satire, homage, or to further a cultural discussion. Not needing permission is important because it means that I (and other cultural critics) are free to criticize and reimagine pop culture in ways that the copyright holder may not be comfortable with.

When we talk about fair use on YouTube, we aren’t talking about uploading a full episode of Family Guy. We’re talking about a creator’s right to re-edit Toddlers in Tiaras, for example, removing the toddlers to illustrate how parent’s unfulfilled ambitions dominate their children’s lives. It’s works like these that gave remix culture its identity and taught my generation of formerly passive media consumers how to sample, edit, and mash up pop culture into something more engaging.

According to the Digital Millennium Copyright Act (DMCA)—the law that governs copyright online—a simple counter-notification outlining why a remix creator believes her video to be a fair use should be enough to keep a video online, even if the original copyright holder objects. But over the course of ten months, I consulted a lawyer and repeatedly disputed claims that Universal Music Group made against my “Picasso Baby”/”I’m 22” mashup.

The experience was like a rollercoaster: My counter-notification was accepted, then rejected, resulting in the video being blocked globally, then blocked only in certain countries, then available to everyone and then blocked globally again. YouTube seems to support fair use through their Copyright School and related guides and instructions. But now that I was trying to rely on fair use, YouTube wasn’t taking it seriously. What was the problem?

It turns out no defense would have revived my video. YouTube had cut a private deal that gave Universal Music Group the power to take down any video, even those videos (like mine and countless others, including creators as diverse as Patrick McKay and Megaupload) that didn’t require Universal’s permission in the first place. From the response I received from YouTube:

“YouTube has a contractual obligation to this specific copyright owner that prevents us from reinstating videos in such circumstances. Therefore, we regretfully cannot honor this counter-notification. Your account will not be penalized at this time.”

It took 24 hours to create my mashup, but 10 months to get to the bottom of why it was blocked. And even after I discovered why it was blocked, I still could not get it back up. If large content companies have the power to usurp the rule of law for their own purposes and make anything disappear, why bother making mashups?

YouTube was the birthplace of the mashup. And because it is the largest video site on the Internet, it’s important that cultural critiques like remixes and mashups be here for public consumption. but now mine, and so any others that drew from Universal’s library, remain disabled.

YouTube describes itself as “a forum for people to connect, inform, and inspire others across the globe.” But a forum that gives big members extra powers to silence everyone else will never be as vibrant as it should be. To be the forum it aspires to be—that it should be—YouTube needs to stop cutting special deals with big rightsholders like Universal Music Group and start encouraging creativity again. That’s true even if creativity makes Universal Music Group uncomfortable. If YouTube doesn’t get rid of special deals, they threaten to kill the very originality that made the site great in the first place.

Elisa Kreisinger is a Brooklyn-based video artist hacking pop culture. Her 2012 US Copyright Office testimony helped win crucial exemptions to the Digital Millennium Copyright Act, decriminalizing DVD ripping for artistic statements. She was a 2014 artist-in-residence at Public Knowledge and Eyebeam Art and Technology Center and a 2010 fellow at the Center for Social Media at American University.