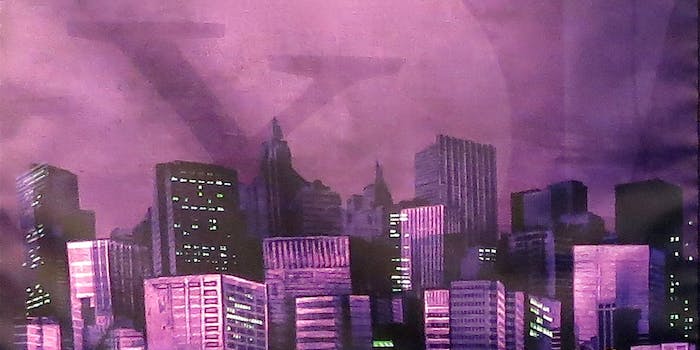 Why no one is saying ‘rape’ in the Yahoo harassment case

The vast majority of Internet comments on the scandal appear to be from men who find the abuse claims "hot."

The case of a high-profile female Yahoo executive allegedly sexually harassing her female subordinate has shocked Silicon Valley. The lawsuit filed by engineer Nan Shi claims that her boss, Maria Zhang, forced her to have sex on multiple occasions. When she complained, Yahoo did nothing to help. In fact, they fired her.

“Zhang told Plaintiff she would have a bright future at Yahoo if she had sex with her,” says the complaint. “She also stated she could take away everything from her including her job, stocks, and future if she did not do what she wanted.”

Last week, Zhang filed a counter-suit, charging defamation of character. She says Shi was a lousy employee who is simply looking for a big payoff from Yahoo.

The allegations are hardly unusual. Over the last 30 years, workplace harassment suits have become routine, as more and more women proliferate the business world, and the policies and resources to support such incidents have improved dramatically. In 2011, there were over 11,000 complaints of sexual harassment made to the U.S. Equal Employment Opportunity Commission (EEOC): 84 percent filed by women and 16 percent filed by men.

Occurrences of same-sex harassment are rare, even less than the rate of men reporting sexual harassment cases against women. However that number is on the rise. The EEOC says claims have doubled in the last five years—but you likely haven’t heard about them.

Do you remember anything about this 2009 Cheesecake Factory settlement? Or this $2 Million car dealership case from earlier this year?

“Pics Or It Didn’t Happen”

One look at the comments section on any of the articles that have popped up in the past two weeks offers insight to why. Most don’t bear repeating. When two women are involved, the popular social media retort “pics or it didn’t happen” is among the tamest replies. And not surprisingly, the vast majority appear to be from men who find the abuse claims “hot.”

However, when two men are involved the tone differs radically. Comments range from homophobic slurs and hate speech to justifying behaviors as horseplay and locker room antics. And yet the Supreme Court‘s 1998 Oncale v. Sundowner Offshore Services offers clear-cut boundaries—for the latter issue, at least.

One thing is crystal clear: same-sex abuse isn’t taken seriously. Despite how far the U.S. is moving forward with recognizing equality in same-sex relationships, parenting and employment rights, the notion of two people of the same sex harassing or abusing one another is considered a joke.

In fact, you’ll notice that nowhere in any of the reports has the term “rape” been used, not once. Now imagine if a male boss had forced his female employee to have sex or risk losing her job—would that be rape?

Whether or not the alleged abuse actually took place—or if the accused Yahoo exec is even attracted to women—is moot. The message to anyone who is legitimately being abused, whether in a same-sex relationship or professional dynamic, is loud and clear: If you come forward, no one will take you seriously. Your highly painful and frightening situation will be mocked and trivialized.

And yet the latest study by the National Coalition of Anti-Violence Programs indicates that same-sex couples are actually at greater risk of abuse than their heterosexual counterparts. According to the coalition, in 2011 there were 3,930 reported cases between LGBT couples, with the number of domestic violence deaths triple the previous year.

Abuse of any kind is an isolating experience. And the inherent isolation that many marginalized groups experience only exacerbates the problem, with some LGBT people cut off from their families after “coming out,” often lacking the equivalent resources made available to heterosexual individuals. There is also a false perception that women don’t hurt each other and that a fight between two men is a fair fight.

There is tremendous pressure to have same-sex relationships recognized as loving and committed—and some worry that exposing the high abuse rate will damage those efforts. Gay rights advocacy groups like San Francisco-based CUAV, have speculated there is an intentional hush-hush coming from within the LGBT community itself, fearing bad press will only cause further stigma. Just look at the reaction to the Yahoo story.

Would you go public with something as private and traumatic as sexual abuse if you thought no one would believe you? Or worse yet: even if they did believe your claims, they’d still just laugh at you.

We can’t forget that there is a “coming out” process for victims of abuse, too—one that clearly will challenge our own biases whenever same-sex people are involved. Once all the facts of this case emerge and the sensationalism has died down, we have an opportunity for those underlying issues to rise to the surface.

With same-sex marriage now legal in 19 states and the laws restricting LGBT employment and parentage tumbling down, the topic of same-sex abuse will become more and more important—and unfortunately, more common.

Maggie Quale splits her time between consulting with some of the Valley’s most respected PR agencies and working one-on-one with companies she’s proud to call clients, such as Collegefeed. Her writing has appeared in the Huffington Post, Forbes, SF Chronicle, LA Times, SJ Mercury News, The Advocate, Santa Cruz Sentinel and others. This post was originally featured in Huffington Post’s Gay Voices section and reposted with permission.