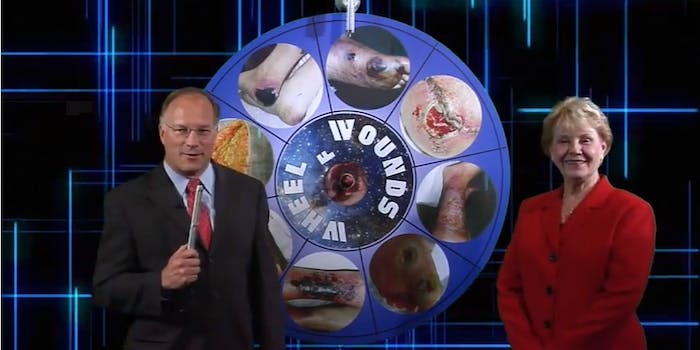 Just a group of guys talking about gaping wounds on the Internet. "We're going to bring you everything that has anything to do with the world of wounds!"

Wound care specialists Dr. Jeffrey A. Niezgoda and Sharon Baranoski are the minds behind Wound Wire and its monthly Web program, Wound Rounds Live. On the last Wednesday of each month, Niezgoda and Baranoski host a live broadcast of the series, presented as a typical morning news-magazine show—about wounds.

“We’re going to bring you everything that has anything to do with the world of wounds!” Niezgoda proclaims in the Wound Wire introductory video. 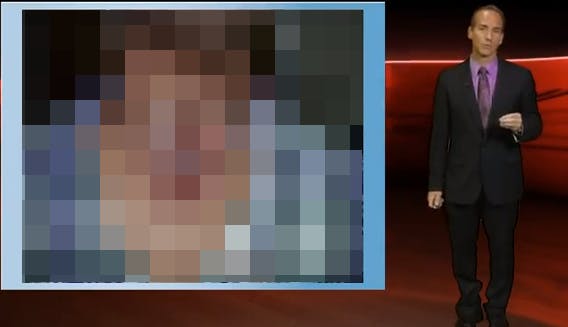 According to its website, each episode of Wound Rounds Live details “new technologies, products and devices, clinical insight, new procedures, and robust literature reviews covering every aspect of wound care.” While the average person cannot stomach the mere sight of a wound—let alone the associated pain—Niezgoda and Baranoski apparently could not be more thrilled with them.

Almost every episode is over an hour long.

I couldn’t help but gather some of the more memorable moments of Wound Rounds Live. You will probably lose your appetite. Sorry.

In this promotional segment, Dr. Niezgoda asks the age-old question “Have you ever tried to see a wound from the inside out?” He explains what Wound Rounds Live will explore while participating in some of the worst green-screen technology since 1950s driving scenes.

One of the program’s regular features is “Wheel of Wounds,” a game show segment wherein the hosts randomly choose a wound to highlight. Bob Barker informing midwestern senior citizens that they won a new car has nothing on Dr. Niezgoda’s excited utterance of the phrase “diabetic foot ulcer.”

Another segment of Wound Rounds Live involves detailed discussion of proper medical terminology for wounds and wound care. Such extensive vocabulary is apparently too much for Niezgoda and Baranoski to handle on their own, so they call upon the services of the “Lit Crit” (at roughly 3 minutes and 35 seconds into the video).

Who is the Lit Crit? It’s a 3-D animated character that appears to have been designed by a freshman in a community college’s graphic design program. It sports a tail and ears but does not look like any animal that has ever existed. The Lit Crit also wears a suit and speaks with a thick British accent.

What would an hour-long webseries dedicated exclusively to wounds be without political commentary? Prior to the 2012 presidential election, Dr. Niezgoda used Wound Rounds Live‘s “Talking Points” segment to discuss Barack Obama and Mitt Romney and how their platforms related to, of course, wound care.

Finally, Wound Rounds Live closed 2012 with a special holiday-themed episode, complete with our hosts enjoying the comforts of two very fake chairs. They are joined by a noticeably underweight Santa (whose surname is spelled “Klaus”). Santa has a wound of his own to show off.

Finally, don’t you wish you could have such amazing wound-care footage without all the hassles of a computer? Your wait is over! The entire first season of Wound Rounds Live is available as a DVD box set.

Sure, the video to market the box set features no ordering or pricing information, but don’t let such minor details stop you. After all, it can apparently spin around on its own if you place it against a colorful background.

And of course, there’s a blooper reel. It’s comedy gold.