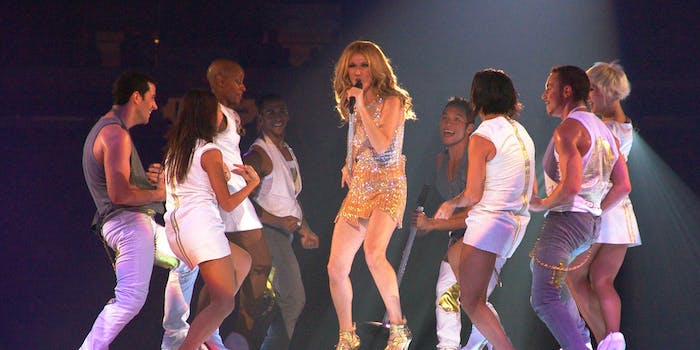 My fellow white people, it's time to stop giving the world our opinions on racism and pass the microphone to someone else.

OK, white people, it’s time for us to shut the fuck up and pass the microphone to someone else.

Although I am one of those well-meaning white peopleTM, I thought Park handled herself amazingly well under pressure. She never uttered the “P” word—smart, since dropping words like “privilege” can immediately cause nearby assholes to circlejerk themselves to death while they shut down your entire conversation by labeling you a social justice warrior or an angry feminist.

But she didn’t have to, because Zepps was dripping with it. “Do you understand satire?” By kicking off with a question you’d reasonably ask a fifth grader, not a respected professional writer, Zepps indicated that he had little understanding of Park or her opinions—something he confirmed shortly after by calling them both “stupid.” So the reaction she got from him when she explained that his own opinions carried little credence struck me as both ironic and telling.

White people are used to getting to raise our voices. We’re so used to being heard that the possibility that maybe our opinions don’t need to be heard, that maybe we shouldn’t even be talking, much less raising our voices, doesn’t even occur to us.

But people who are trying to have useful discussions about how race affects them don’t actually need to hear from us. Expressing our opinion about race will do absolutely nothing to change their experience of racism. Since structural racism primarily only benefits white people, we don’t really have a lot of constructive experience-based feedback to add to the conversation. This is one discussion where our opinion just isn’t needed. And yet whenever people of color try to tell us as much, we lose our shit, as Zepps did.

Granted, it’s not a fun thing to be confronted with. Last year I wrote an article that featured women of color discussing the limits of the Bechdel Test. Not all of them were happy with the way I’d represented them. One member of the community told me bluntly that as a white woman, I was not qualified to convey their experiences with race to a wider public. “You should have asked one of us to write this piece instead,” she told me.

At first, that stung, because this was an issue I cared about, and I had been eager to help bring this discussion to a larger audience for conversation. But then I realized: what would actually do more to change conversations about race—another white person amplifying the voices of women of color or turning over that platform to a person of color so that they could lead and generate the discussion themselves about the issues that affect them?

Two years ago, I watched Daniel Junge and Sharmeen Obaid-Chinoy win an Oscar for the brilliant documentary short Saving Face, which explores the struggles of Pakistani women who have survived acid violence. When they arrived onstage, Junge spoke first. “It’s more important that the Pakistani on the stage speak,” he told the audience immediately. Junge understood that as a white man, his opinion had secondary value compared to Obaid-Chinoy’s. He acknowledged the greater value of Obaid-Chinoy’s voice and then got out of the way.

He passed the microphone.

In the crowded bar room of history, white people are the karaoke singers. Is everyone around us booing because we won’t get off the stage? Or is it because they’ve heard these songs eight million times before? Next up, the classic Tom Jones hit “I Don’t See Race,” followed by Mel Torme’s ballad “Mean To Me (Reverse Racism)” and Brad Paisley’s “Accidental Racist.” Oh, wait.

Meanwhile, others have spent centuries waiting their turn to hold the mic. Yet we hog it in the media, where Oscar-winning white characters outnumber non-white characters 4:1. We hog it on Wall Street, in Silicon Valley, in academia, in politics, in corridors of power and spheres of influence the world over.

In the media, where professionals live and die by the sound of our own voices, and on the Internet, where everyone gets to talk, it can be difficult for us white people to keep that reality front-and-center when we start talking. That’s why those of us with amplified voices have a responsibility to pass the microphone we’re holding to people who can never forget it. Writing and reporting with integrity means giving voice to the voiceless and those whose voices get drowned out. Increasingly, it means giving them a platform to speak for themselves.

White people, the next time you have an opportunity to give your opinion about race, stop and ask yourself the following questions:

Sounds simple enough, but as entitled white people, we’re conditioned against it. We need to train ourselves to recognize that sometimes we shouldn’t be talking. Zepps had an opportunity when interviewing Park to simply let her speak about the way attempts at satirizing race can backfire. Instead, he hopped onstage for yet another chorus of “It’s Not Unusual (To Deny Your White Privilege).”

Don’t be that guy. No one likes a microphone hog.