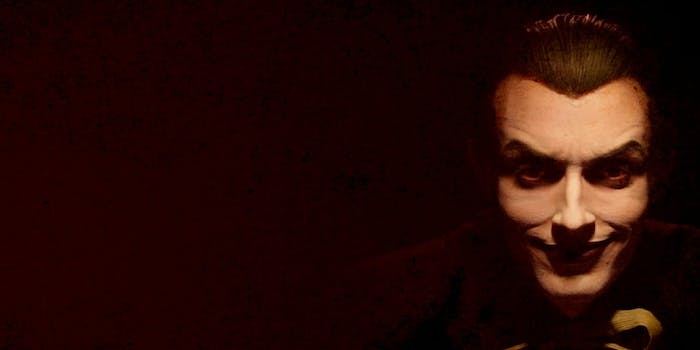 Earth to Wendy Williams: Transphobia is not a hot topic

Caitlyn Jenner and trans women like her deserve respect.

Last week, talk show host Wendy Williams addressed the buzz surrounding  Cosmopolitan’s 50th Anniversary issue, which featured the Kardashian/Jenner women under the headline “America’s First Family.” But before she could get to the actual controversy at hand, Williams started one of her own, pointing out that Caitlyn Jenner was absent from the cover.

“[The magazine] features all the Kardashian women. No, not Caitlyn. Caitlyn still has a member, so that is not a…” she says before cutting herself off. After an audience laugh and a cutaway shot to her visibly mortified producers, Williams digs deeper, defending her “joke” by explaining, “I mean, until you don’t, aren’t you caught in limbo? That’s all.”

She leaves it at that, but the damage was already done. Caitlyn Jenner hasn’t been “in limbo” since the moment she came out as a trans woman. If she says she identifies as a woman, then she is a woman. Period.

The truth is, Caitlyn Jenner is a trans woman adhering to exceptionally cisnormative beauty standards. She has pursued both conventional surgical procedures, like breast augmentation, and more extreme ones—like facial feminization surgery, not to mention the beautiful clothes, hair, and makeup team that complete her look. But the vast majority of trans women, and especially trans women of color, do not share Jenner’s wealth. They simply cannot afford to look anything like her, or enjoy the same privileges.

Contrary to Williams’s opinion, this isn’t Extreme Makeover. There is no such thing as a “completed” transformation, and it certainly doesn’t hinge on gender confirmation surgery, which not every trans person has access to—or even wants. Perpetuating the idea that “real women” and “real men” are defined by their body parts invalidates trans identity and dehumanizes trans people. It enables brutal violence against them for somehow being “less than” a whole, real person with a right to safety.

Wendy Williams certainly isn’t the first person to impose her own arbitrary standards of “real womanhood” on a trans media figure. Remember the time Piers Morgan bestowed his approval upon Janet Mock, stating he “absolutely believed” she “should always have been a woman” based on her physical appearance (i.e., how well she passed)? Falling into a similar trap last year, the New York Times’ ranking of the highest-paid woman CEOs fixated on Martine Rothblatt’s pre-transition life, instead of the fullness of her experience as a trans woman. And because the military wouldn’t acknowledge Chelsea Manning’s name and proper pronouns, she had to seek a court order.

Regardless of Jenner’s willingness to discuss gender confirmation surgery on a reality show, what’s between her legs still isn’t any of Williams’s business. Jenner generously uses her platform on I Am Cait to openly discuss gender confirmation surgery amongst trans women, but that does not entitle Williams, nor anyone else, to speculate about her genitalia.

In an interview with Nylon, Laverne Cox revealed that she, too, wanted the kind of facial feminization surgery Jenner underwent.

Perpetuating the idea that “real women” and “real men” are defined by their body parts invalidates trans identity and dehumanizes trans people.

“I didn’t have the money to do it,” said Cox. “I’ve had to learn to love and accept all those things about me that make me distinctly trans: my broad shoulders, my big hands and feet, my deep voice. It’s so deeply ingrained in this culture, though.”

Jenner’s facial feminization surgery reportedly cost her $70,000. That’s a hefty price tag given that trans Americans are four times more likely than the rest of the population to have a yearly income under $10,000, a likelihood that’s even higher for trans people of color. A staggering 34.7 percent of trans Americans make less than 400 percent of the federal poverty level, and many of them don’t have health insurance. But when it comes to gender confirming surgeries, the cosmetic procedures Caitlyn Jenner opted for are difficult to justify to insurance companies anyway.

What about trans folks who don’t want surgery? And what about non-binary trans people who don’t wish to be read as either male or female to begin with? It’s not a stretch to imagine someone who thinks like Williams asking, “Well, aren’t they asking to be in limbo?” But they aren’t, and it’s not about being stuck anywhere. Even a non-binary trans person has a gender identity, and wants to have that identity acknowledged and affirmed.

“I strongly believe that the first step to more understanding is for more and more people to see beyond the gender binary,” says Sinclair Sexsmith, a genderqueer sex educator and founder of SugarButch.net, who specializes in sexualities, genders, and relationships.

If the extent of your acceptance regarding gender identity is respecting trans men and trans women who “pass” as a cisgender, then you still have some work to do as an ally. Public figures like Miley Cyrus and Ruby Rose are already giving a face to genderqueer identities. And, inevitably, everyone will meet someone who uses gender neutral (they/them/their) pronouns. Indeed, some define gender identity simply as “butch,” or “gender non-conforming,” or even as “transmasculine femme.” It doesn’t matter if you don’t understand it right away. All that matters is that you follow each individual’s lead, respecting and acknowledging how they describe who they are.

It’s really as simple as this: All trans women are real, whole, reached-the-finish-line women. Even women still “in transition” completed the race the day they said “I’m trans” or “I identify as a woman.” Same goes for trans men, and same goes for non-binary trans folks who have articulated whatever gender identity they prefer. And it’s up to us to affirm them. To deny them this as a cisgender person is the definition of cis privilege. Trans journalist Leela Ginelle writes:

This is classic transphobia: a cis person believing their gender identity allows them to define ‘true’ gender identities. It’s saying: I have a uterus, and—despite you and all of your forms of hard-won legal ID saying you’re female—I make the rules…Supporting trans women means seeing them as equal to all other women. When you do this, then Caitlyn Jenner’s self-expression is as valid as any other woman’s. It means every trans woman’s body is a woman’s body and any definition of woman inherently includes trans women.

Caitlyn Jenner is making it incredibly easy for the world to accept her. She has embodied culturally familiar, accessible modes of beauty and femininity, and may very well be playing to mainstream comforts. Lots of trans folks want to do that, too. Some of them can, some of them are still working on it, and some of them will simply never have the means to get there.

If Wendy Williams refuses to acknowledge of the most accessible trans figures in America as a real woman, then what hope does the rest of the trans community have?

But plenty of them will also say, “Fuck your comfort,” and they still have every right to be affirmed in their identity. If cis folks continue to arbitrarily decide what makes a trans woman “real,” then we’ll continue making the dangerous mistake of discounting her humanity until she fits our ideals. Every trans person has a right to define their own body and their own identity just like any cisgender person.

The danger in denigrating trans and non-binary identities is readily apparent when we look at the 20 trans women who have been murdered this year. They were seen as less than human, and deserving of death. If Wendy Williams refuses to acknowledge of the most accessible trans figures in America as a real woman, then what hope does the rest of the trans community have?