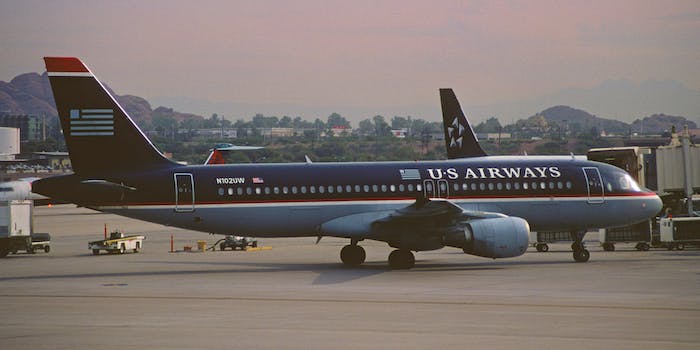 After US Airways royally screwed-up while tweeting a disgruntled customer, some folks thought the airline’s social media rep deserved to get their wings clipped. But according to a company spokesman, that won’t happen, and I’m glad. Judging by Rob Delaney’s tweet on the matter, I’m in good company.

Twitter’s call-out culture, for better or worse, makes it all the more tempting to demand a head on a silver platter when honest mistakes like these happen. Anything done, said, shared, retweeted or favorited attracts a critical eye.

Knowing that, most people have no choice but to practice discretion while using the platform, especially if you represent a brand. But even brands have tiny moments of imperfection, just as any human would. Those moments are often refreshing, rather than repelling.

Even with this latest social media fumble, US Airways saw its Twitter following soar to 12,000 new followers in a matter of hours, according to Twitter Counter. For comparison’s sake, the airline averages about 1,800 new followers each day. Those followers may linger around well after the controversy dies down, but there wasn’t a mass exodus away from US Airways’ feed. Some people are just unflappable.

And many of the responses laughed off the tweet altogether. In the moment, US Airways was far from perfect. But with the response and how the company handled the issue, they may have very well won people over.

That’s probably because we regard brands just as we would the average person we know. In a 2011 piece over at Fast Company, “Brand Like A Rock Star” author and music industry insider Steve Jones said brands connect better when they’re authentic.

We can’t possibly form a bond with something that has no flaws because flawlessness simply doesn’t exist. If you are attempting to create a bond between a human being and a product or a giant faceless corporation, you are going to have a tough time,” Jones said, noting earlier that brands can’t easily cloak mistakes anymore because of social media. “If you make a mistake today, there is no way to hide from the discussion … Using social media, brands can acknowledge their flaws and mistakes when things go wrong, and they can share with their customers the steps they are taking to improve.

There’s crushing pressure for companies and people who represent them to perform with perfection. According to CareerCast’s “10 Most Stressful Jobs” list for the past four years, anxiety is a fact of life for public relations executives. This year, PR executives ranked sixth, just below military members, firefighters and airline pilots, “because of tight deadlines and scrutiny in the public eye.”

Take it from someone who did PR in a past life: any tiny reason to smile or laugh can make even the roughest day a success. But, of course, I found work-appropriate outlets, because I liked and wanted to keep my job. We know now that the US Airways tweeter wasn’t trolling for the LOLs at their employer’s expense,and captured the image while flagging an offending tweet as “inappropriate” for filtering purposes.

Last month, Vine went a bit further, banning all sexually explicit material from the platform, much to the dismay of various adult entertainment performers. A spokesperson for Vine noted that “We don’t have a problem with explicit sexual content on the Internet––we just prefer not to be the source of it.”

Twitter’s rules only restrict pornographic material in profile, header and background photos, in keeping with the platform’s anti-censorship philosophy. Explicit tweets are only moderated in legally-mandated circumstances.