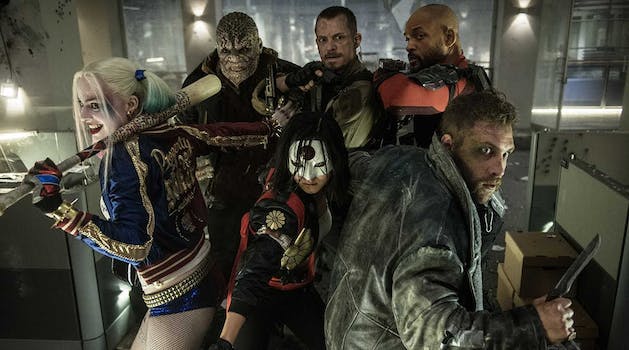 Huffington Post employees are pushing to unionize—and so should everyone else.

On Wednesday morning, Huffington Post employees sent out a letter to their colleagues calling for them to unionize. “We believe organizing is the best way both to

preserve what’s already working and to bring about positive change,” they argued.

“Simply, a union will give us a voice in our newsroom’s future.”

Today we announced we are organizing a union at Huffington Post. This is how we fix inequality. https://t.co/sRvNYchcTE #StartTheConvo #1u

The staff at @HuffingtonPost have announced their union drive. Check out this letter from the organizing committee.https://t.co/xVshJ1d6NK

We support the editorial staff at the @HuffingtonPost who are organizing a union. Solidarity! https://t.co/D077Lo3j7z #1u

to unionize, but they are hardly the first online publication to work toward that goal.

Gawker’s media staff made the decision to unionize back in June, followed swiftly by Salon, Vice, the Guardian, Al-Jazeera America, and ThinkProgress.

opinions from the Internet, the digital media unionization trend is noteworthy.

This raises an important question: Do unions work? In short, yes they do. When unions are stronger, the rise in wages increases broader

more, unions actually improve the economic status of non-union workers as well as

unionized ones. Since the benefits that accrue to organized workers frequently become the norm within their respective industries, employers that don’t have a unionized

labor problem of their own.

What’s more, unions actually improve the economic status of non-union workers as well as unionized ones.

inequality in this country. “One big reason America was far more equal in the 1950s

and 1960s than now is unions were stronger then,” explained former Secretary of

Labor Robert Reich. “That gave workers bargaining power to get a fair share of the

were immediately followed by the worst economic crashes in our recent history. On

both of those occasions, unions were significantly weaker than they had ever been

This doesn’t mean that there aren’t disadvantages to unions. In a piece for Business

employment for their (often overpaid) leaders, and force employers to treat all workers

equally regardless of their relative skill and effort.

These are serious problems that, in

the past, have convinced many Americans to think twice about

Yet as Blodget himself points out, “great companies in a healthy and balanced

try to pay them ‘as little as they have to to keep them from quitting.’ They view their

employees as the extremely valuable assets they are (or should be). Most importantly,

So why did unions become so weak? Much of the problem can be traced back to a

single origin—the presidency of Ronald Reagan. Back in 1981 (less than seven months

controllers unless they called off an illegal strike. After following through on his threat

for all employees who didn’t return to their posts, Reagan established a precedent

wherein the power of strikes to assert employees’ interests was lost.

These are serious problems that, in the past, have convinced many Americans to think twice about supporting unionization.

Before Ronald Reagan’s termination of the airline workers, strikes were commonly used to

demands. When Reagan terminated the airline workers, however, he emboldened

businesses to view it as culturally acceptable to simply replace unhappy employees,

rather than listen to and accommodate them. Today, employees who try to unionize

their work force have a one-in-five chance of being fired for doing so, regardless of

whether their efforts are legal or have legitimate grounds.

one of the leading candidates for the Democratic Party’s presidential

for workers’ to join unions.

“Millions of Americans who want to join unions are unable

to do so because of the coercive and often illegal behavior of their employers,” Sanders

argued. “The benefits of joining a union are clear: higher wages, better benefits and a

more secure retirement. If we are serious about reducing income and wealth inequality

and rebuilding the middle class, we have got to substantially increase the number of

union jobs in this country.”

While legislation like Sanders’ proposed Workplace Democracy Act is a good start, it won’t be enough. Another important step is spreading information about

why unions are so important. Although 58 percent of Americans approved of labor

unions as of August, that number was consistently north of 60 percent before 1972.

Right now, many Americans don’t fully understand the benefits of being in a union,

and as a result, they don’t prioritize it as highly as they should. The fact that the

promising step in the right direction, but it is a trend that needs to continue outside of

the realm of presidential politics as well as within it.

Although 58 percent of Americans approved of labor unions as of August, that number was consistently north of 60 percent before 1972.

Perhaps the best observation about the importance of labor unions came from,

ironically, the Republican president who happened to govern this country at the time

when they were strongest—Dwight D. Eisenhower.

“Unions have a secure place in our

industrial life,” he observed. “Only a handful of reactionaries harbor the ugly thought

union of their choice.”

This is precisely the point: At the end of the day, a worker’s ability to join a union is

their compensation and workplace environment. More than an economic issue,

unionization is a matter of civil liberties. When the workers at the Huffington Post

decided to unionize, they weren’t simply fighting for more money, but for the ability to

have their contributions to that publication given the respect it deserves.

Let’s hope the rest of America will someday follow their lead.