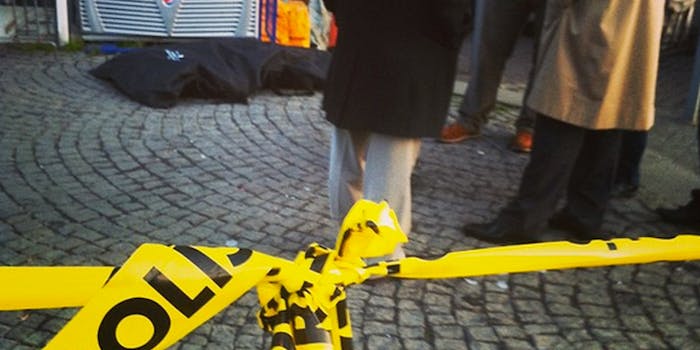 In Britain, crime reports involving Twitter and Facebook aspects have shot up 780 percent in the past four years, according to police figures released Thursday.

In Britain, crime reports involving Twitter and Facebook aspects have shot up 780 percent in the past four years, according to police figures released Thursday.

Between 2008 and 2012, nearly 5,000 complaints involving the social media sites were registered by more than two dozen police forces in England, Scotland, and Wales. The most common allegations involved sexual offenses, fraud or impersonation complaints, racially charged messages and harassment.

In 2008, police investigated 556 cases, charging 46 people. In the last four years, 653 people have faced charges resulting from 4,908 complaints. Citizens fear that the flurry of social media crime is pushing police resources to the brink.

At the Daily Dot, we’ve reported on numerous cases involving the popular websites: a teen being fatally stabbed at party after the invite went viral on Facebook, a 17-year-old harassing British diver Tom Daley, and even a British cop who admitted to trolling on Facebook.

“It is a new world for all and we could end up in a situation where each constabulary needs a dedicated Twitter squad,” said Trotter. “In my opinion, that would not be a good use of resources in difficult financial times.”

Trotter said police need to prioritize cases that require police involvement; some crimes would happen regardless if they were discussed on Twitter and Facebook and not to curb free speech.

“In many ways, online communities can be self-regulating and good at weeding out unacceptable behavior,” said Trotter, according to BBC News. “We need to find a way of distinguishing between that type of behaviour and that which requires police intervention.”