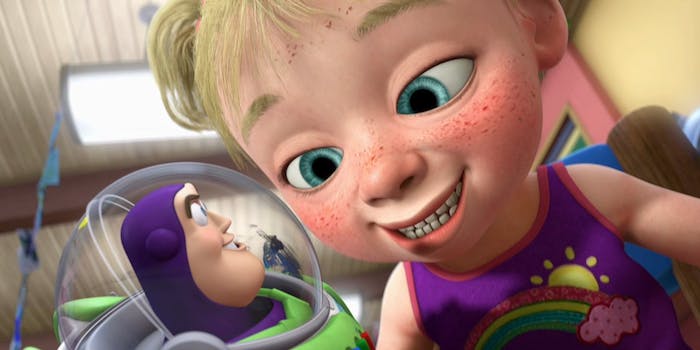 Because there is perhaps no longer any such thing as an untouchable or sacred property in Hollywood, not that there were many in the first place, Toy Story 4 is happening. It’s not surprising, what with 2010’s opening to near universal acclaim en route to crossing the billion-dollar mark worldwide.

But for some viewers, it’s depressing all the same; for a franchise that started as a means of putting Pixar Studios on the map in 1995, heralding Disney’s new renaissance, audiences have come to feel an intimate connection with a film about friendship and sentient toys that also just happened to launch its own massive toy craze. This is ironic given the first film’s message about the importance of remaining loyal to one’s simple childhood diversions, even as toys were getting flashier and more elaborate with every passing year of the ‘90s.

Toy Story 4 shouldn’t happen, the third one had a perfect ending and any more is just going to ruin the whole thing

Toy Story 4: Where Woody and Buzz sneak into Andy’s dorm room to replace his ritalin and adderall with MultiVitamins

So in Toy Story 4, do we find a postgrad Andy struggling with unemployment and student loans at Pizza Planet using a slice to dry his tears?

I hope an iPad is the villain in Toy Story 4.

Toy Story 4: It Was Either This Or Another Cars

Perhaps most cynically (and appropriately), Disney revealed the film’s planned 2017 release in the midst of a conference call last week. Per Deadline: “This is a bit of a shocker as the principals behind the three Disney/Pixar hits have often said there were no plans for a fourth pic in the franchise after Toy Story 3 came out in 2010 and grossed $1.063B worldwide, making it the top-grossing animated film of all time until Frozen overtook it earlier this year.”

Despite this, John Lasseter (the current chief creative officer for Walt Disney and Pixar Animation and director of the series’ first two installments) looks to return and attempt to recapture some of the franchise’s original magic. And yet, even though it’s Lasseter’s vision that put Pixar on the map in the first place, it’s hard not to be skeptical about the whole prospect.

Of course, any preemptive panic isn’t entirely without reason or foundation. After all, while Toy Story 3 hit theaters and became only the third animated nominee for Best Picture at the Academy Awards in history (and Pixar’s second nominee after Up the year prior), it was only a year later that Pixar snapped its years-long run of critically acclaimed entries one after the next with Cars 2. That film stands not only as the studio’s poorest-reviewed film by a pretty wide margin, but served as a stark reminder for viewers that, for all of Pixar’s truly magical flights of fancy over the years, they’re still a Disney company. This means they’re still beholden to the same thirst for franchise prospects as any other mainstream studio or affiliate.

The case of Cars 2 is an interesting one, though, because it’s Lasseter who helmed it and had to account for Pixar’s first foray into suspiciously product-friendly filmmaking. It’s unwise to be naïve about this in relation to Pixar; again, a lot of Buzz Lightyear figures were sold because of Toy Story, and they’ve been a Disney company since the beginning. But it’s different when the first Pixar sequel was not only to the previously worst-reviewed Pixar movie, but to a movie that ties into Disney’s most lucrative ancillary property of the past few decades, on the heels of Pixar becoming a Disney property outright in 2006, the year of Cars’ release.

Since then there’s been another sequel in Monsters University, on top of the previously announced Finding Dory, all of which seem to suggest that Pixar’s 2005-2010 run may not be duplicated for at least a little while. While Lasseter is insistent that Cars 2 wasn’t just a cash-in, the recent years of Pixar’s output suggest that the studio’s model is different than it once was.

Audiences typically have a sentimental attachment to Pixar movies, and it makes sense. Whether it’s a loving father trying to find his way across an ocean and back to his son (Finding Nemo), a robot hoping to find love in a post-apocalyptic hellscape (WALL-E), or a bunch of toys attempting to ascertain their place in a world built to use, love, and eventually discard them, Pixar’s movies have managed to tap into the changing times as others have.

Ironically enough, for a studio built on the reputation of pushing the boundaries of computer animation farther with each new installment, Pixar has come to represent the dream of movies’ imagined old model, the one in which they were a vessel for dreams and fanciful flights of innovation. In this fashion, they became the new representation of what Disney movies have always tried to sell to audiences.

Toy Story 3 is perhaps the most illustrative distillation of this ideal. For a great many born in the late ‘80s or so (this writer included), the Toy Story films were a key part of the transitional passage into adulthood. When the first film came out, we were young kids, each of whom had our own Woody. It wasn’t usually a talking cowboy with a snake in its boot, but almost every kid has had a Woody of some kind, an all-purpose vessel for childlike fits of imagination.

And then we got older, and like Toy Story 2’s Jessie, these toys were discarded, set aside for louder and bloodier toys, ones that didn’t require our hands or imaginations to activate, ones that played into the perils of adolescence a bit more. In particular, by the late ‘90s, the Internet had become everybody’s toy.

And so, with Toy Story 3, Pixar completed the story and acknowledged just how much the world had changed for its protagonists and everyone else by seeing Woody, Buzz and co. embrace their own mortality en route to being given over to a new generation of children by Andy, right before he departed for college.

Most sequels feel at least a little bit gauche, but we generally tolerate them because that’s part of how Hollywood has worked for as long as the last couple generations have been alive. But with Toy Story, a trilogy that helped a generation of moviegoers accept the inevitability of growing up and reassured them that the things they loved would remain happy even after we all found new, more mature interests and moved on from them, it feels more akin to a slight.

For a film that dazzled audiences with new technological innovations from the moment Buzz first set foot on a Hot Wheels track, Toy Story heralded of the importance of childlike wonder as the analog age fully gave way to the digital one. And with its perfectly cyclical final shot, which returns to the idyllic clouds on which the trilogy started, Toy Story 3 was a perfect end to the series. To go further isn’t to search for infinity and beyond in the way it was first promised. It’s to offer a reminder that Pixar is as much beholden to commodity as most every other modern film studio.

And while Disney has to do what it has to do, and while Toy Story 4 will more than likely make untold piles of money, it’s just another reminder that virtually nothing from childhood stays innocent forever.