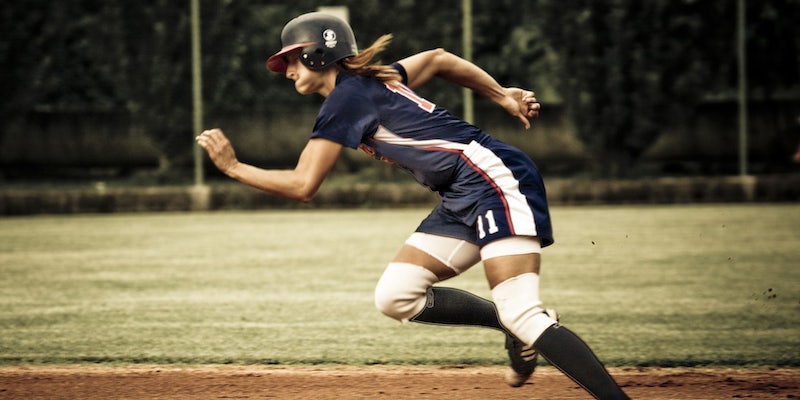 3 lies we tell ourselves about women’s sports

Last year, only two of the 102 Sports Illustrated print magazines had women on the front. Both of those covers featured Kate Upton.

As a former NCAA Division1 athlete and a consumer of sports media, I’ve seen my fair share of how sexism plays out in the sports world, most recently in headlines about how “Racist Donald Sterling Is Distracting Everyone’s Attention From Sexist Donald Sterling.”

Unfortunately, sexism in sports is so pervasive, that it becomes background noise to us that we even notice until something outrageous happens. Although female athletes certainly have more opportunities compared to fifty years ago, male athletes still receive the majority of resources, money, and media coverage. On the list of “100 Highest Paid Athletes” only three of these elite athletes are women, and on the collegiate level women’s teams still only receive 38 percent of the college sports operating money and 33 percent of the school’s recruiting money to build their teams.

Sports fans, we should be outraged. According to research by the Tucker Center for Research on Girls & Women in Sports, women represent 40 percent of all athletes but receive only 4 percent of all sports media coverage. And when women are visible in sports media, they are often portrayed as sexy models instead of strong, elite athletes.

Last year, only two of the 102 Sports Illustrated print magazines had women on the front, and both of those covers featured Kate Upton, who is a model and not an athlete.

How do we change the culture of women’s sports? By finally having an honest conversation about it — and sorting out the lies that we too often hear from the media and on the Internet.

We have all heard sex sells, right?

This popular myth is pure fiction: the research actually shows that sex does not sell.  In a TED talk called “The Sexy Lie,” Caroline Heldman explains why the sexual objectification of women in order to sell products, like sports, is based on false logic: “I like to challenge that directly because the fact is if sex sold, most women are heterosexual and we are sexual beings, so why wouldn’t we see half naked men everywhere in advertising.”

Women control 80 percent of spending in the US economy, so if sex did sell, logic suggests our media would be bombarded with campaigns catering toward women’s sexual preferences and not men’s. In the sports world, we would expect to see many more male athletes posing in swimsuits for magazine covers and even opting for more revealing uniforms to “attract more fans” to watch their sport.

The Tucker Center’s research confirms Heldman’s conclusion that “sex doesn’t sell” through their studies on media images of female athletes. When given pictures of female athletes, people (both men and women) preferred images of “athletic competence” where the female athlete was in uniform, on the field/court/track, and actually performing their sport.

One study divided up the research participants into four groups (young men, young women, older men, older women), and all of the groups found images showing athletic competence to be more appealing than sexy, semi-pornographic pictures.

In addition to their research, the Tucker Center has mobilized an advocacy campaign called #HERESPROOF to address the all too common myth about “nobody” attending women’s athletic events.

Elite events such as gymnastics, ice skating and other sports regularly popular during the Olympics are a space where female athletes dominate the viewership.

In addition to the fact that there are many female athletes and teams who already attract huge crowds, the growth and marketing strategy of the WBNA resulting in increased viewership and sponsors proved if you market it, they will come. The newly updated WNBA logo along with promoting the “3-to-see” (Griner, Diggins, and Delle Donne) were some of the league’s strategies of 2013, none of which involving asking the players to wear sexier outfits.

In fact, many would argue (and the Tucker Center research would agree) that treating their athletes as sexual objects would anger and upset much of the WNBA fan base.

Like it or not, the media can have a huge impact on young women (and young men) and how we see ourselves in relation to other people. When we, as women, repeatedly view ourselves as sexual objects, we are more at risk of depression, eating disorders, low self-esteem, and what Caroline Heldman calls “habitual body monitoring.”

In “The Sexy Lie,” Heldman also explains that, when women see ourselves as sexual objects with men as the subjects, we are “being sold this idea that this (sexual objectification) is how we get our value.” Those who objectify themselves suffer negative consequences beyond their high school or college years; these women are less likely to go to graduate school and less likely to get involved in politics.

Sexualization of women in the media doesn’t just diminish how women feel about themselves, sexualized images damage the public’s perception of women as competitive athletes.

In an article by Kate Fagan for ESPNW, Fagan cites research done by Janet Fink, associate professor at the University of Massachusetts Amherst, that found that “each time a female athlete is pictured in a sexualized way, it diminishes the perception of her athletic ability.”

If sports managers actually knew how damaging it is for female athletes to continuously pose as sexual objects, instead of athletes, maybe we’d see healthier images of female athletes in commercials and sports articles about women’s sports.

It feels like a damned if we do, damned if we don’t situation: if women featured by sports media, we are pressured to conform to the false idea of what the fans supposedly want or we are completely ignored.

A year ago, I wrote about the double standard of elite female athletes who courageously come out as being LGBT compared to male athletes: Jason Collins’ story was the cover of Sports Illustrated, yet when Brittney Griner came out “the sports world shrugged.”

Since Griner is a female athlete and doesn’t conform to the ideals of a hyper feminine woman, both her historic coming out story and the fact that she’s one of the greatest basketball players of all time (she can dunk!) continues to be underreported by the mainstream sports media.

Female athletes deserve to be recognized, legitimized, and celebrated by sports media. We need to end the vicious cycle of sexualizing or minimizing female athletes by reminding ourselves that sex does not sell, people do care about women’s sports, and that these images have devastating consequences for young women are bombarded with sexy images of elite athletes instead of those showing athletic competence.

My hope is that one day, young women will be more likely to be featured on Sports Illustrated for winning an Olympic medal than for being a bikini model.

Let us all start by consciously looking at unhealthy way that women are portrayed by sports media, and let us ask for (or demand) increased coverage of women’s sports and powerful, athletic images of female athletes to inspire future generations of female athletes.