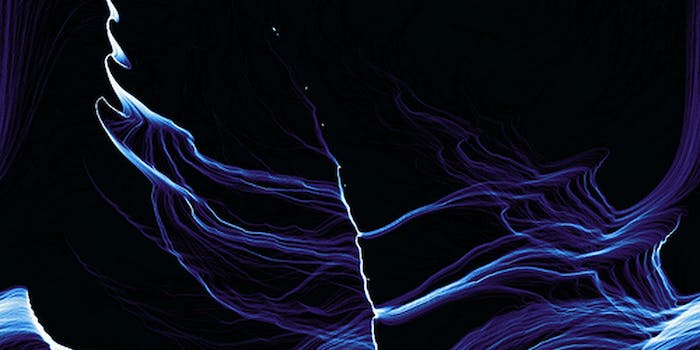 The popular Web cartoonist sparred with Forbes writer Alex Knapp over the respective legacies of Nikola Tesla and Thomas Edison.

Last week, you might have seen a comic drawn by The Oatmeal’s Michael Inman called “Why Nikola Tesla Was the Greatest Geek Who Ever Lived.” It was shared on Twitter over 20,000 times, garnering massive praise for celebrating the often-ignored accomplishments of the Serbian-American inventor.

In Inman’s words, Tesla one of the true geeks who “stay up all night disassembling the world so that they can put it back together with new features.” Meanwhile, guys like Thomas Edison merely knew how to make money off the geeks’ inventions.

Not everyone was enthusiastic about the comic, however. Last Friday, Alex Knapp wrote an article at Forbes titled, “Nikola Tesla Wasn’t God and Thomas Edison Wasn’t the Devil,” taking Inman to task over a number of claims, most notably that Tesla invented the alternating current (Knapp says he didn’t) and that Edison was just a glorified moneyman. (Making an invention practical to the public takes more than just good marketing; it’s an engineering feat itself, Knapp argued).

Now, Inman has posted a rebuttal to Knapp’s article, comically addressing each point of criticism in the margins of the original article. And while Inman admits that Knapp makes a number of great points, he’s still confident of his position that Tesla was a bonafide genius, while Edison was, in Inman’s words, a “RaisinBallsDoucheSkull.”

To Knapp’s point that Tesla was only one among many involved with the invention of the alternating current, Inman says Tesla should still receive the lion’s share of the credit. After all, Tesla was the one who made AC practical for public use. (Ironically, this same reasoning is used by Inman in his comic to attack Edison for being a mere “CEO,” not a “geek.”)

Inman is on more solid ground when he questions Knapp’s assertion that Edison was merely highlighting the dangers of alternating current in good faith when he publicly electrocuted cats using the technology Tesla helped refine.

“You’re suggesting Edison smeared AC because he was a humanitarian?! Bullshit. What kind of humanitarian electrocutes cats? Edison killed animals in the name of MARKETING. People who kill animals for marketing are douchebags. That is not debatable.”

After the dust settled, there was no clear winner.

On one hand, Inman’s characterization of Tesla and Edison was perhaps overly simplistic, glossing over some of Edison’s more humane, less douchey traits, while elevating Tesla’s achievements without acknowledging the work of those who came before him. At the same time, Knapp’s conclusion basically boils down to, “meh, they were both just a couple dudes,” which is insufficient for our understanding of these two brilliant yet flawed individuals. It obscures the very valid notion that Tesla and Edison had markedly different personalities and approaches to technology..

But there are more things in heaven and earth than are dreamt by one cartoonist and one journalist, and luckily there are plenty of great books written about both Tesla and Edison worth picking up.