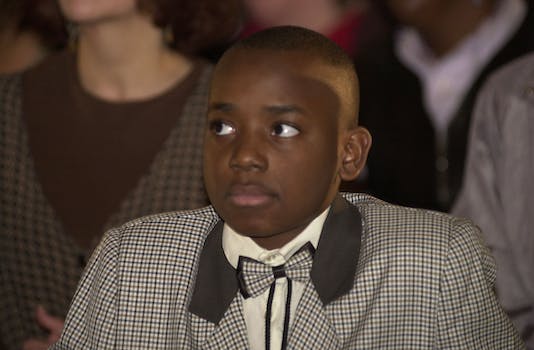 My son could have been Tamir Rice.

Have you considered how you, your child, or your brother could pass as “black?” If it never occurred to you that your non-white skin could be conflated with “blackness,” please take a moment to meditate on that right now. Chances are you have already been identified as black. Maybe you didn’t notice. Or maybe you knew deep down, but for some reason you couldn’t bring yourself to try and understand how that might shape your citizenship and daily life in America.

When Tamir Rice’s face appeared on my screen the day before Ferguson took over media headlines, I could not help but see myself in his eyes.

I am, like so many others in this country, a “minority,” which is to also say that I am not white. If I wear a hijab, I am Muslim. If I walk into a Mexican market, I am Mexican. When I cover my head in a Gurdwara, I am Sikh. If I am at the airport, I am “randomly chosen” for a full-body search (every single time). I have, like so many others, been identified as black, mixed, Spanish, Indian, Sicilian, Egyptian, Sri Lankan, Pakistani, Palestinian.

We are all black. We will never be white.

And my son will look a lot like Tamir Rice. I say that as your average Punjabi kudiyan (girl) born and raised below the Mason-Dixon Line.

How many of our sons need to be gunned down in American streets before people from brown communities start to react and realize that any non-white child can be taken down by the police? Anyone’s non-white son, even if they are driving a brand new Acura, is still in danger of white supremacist hate. So don’t make your children vulnerable, teach them that money does not make them invincible.

My heart is with the hundreds of minorities that stand up with their black brothers and sisters. And it is time for the majority of “model minorities” to join the fight for human life. I am wondering if you could maybe consider fighting (peacefully, or not, that is up to you, but maybe watch Spike Lee’s Do The Right Thing before you decide one way or the other) for the rights of “your own people?” Maybe figure out a way to throw some of your hard-earned dollar bills at the situation. We all know policy change requires some cash money. Use what you got to protect your sons and daughters on the streets while they don their name brand privilege.

This does not mean I demur at the fact that so many minority communities in the United States have done well for themselves. I just reserve the right to give anyone the side-eye when they buy a 6000 sq. ft. house for two people. The achievements of minorities have even got these folks a special category: model minority. So good job, “model minorities!” You or your parents, or maybe even your grandparents, came here and worked really hard. You pulled yourself up by your bootstraps—or in this case—like a good “American.”

But, hey, if you are such a good American, why do you still get segregated with a title like “model minority?” I’ll let you mull over that one. In any case, it is wonderful that you have succeeded and become the corporation’s new favorite target audience. You never would have had the opportunities for such success (and consumption) in “your own country,” right? Congratulations! You all deserve a gold star.

Unfortunately, though, an AmEx “Black Card” will not protect your children from state-issued bullets when they are playing in a park. And your Stratus Visa will not mean much when someone decides to “stand their ground” because you somehow offended their ears with loud music.

So, minority America, why maintain distinctions between you and black America? Maybe it is time to consider that you have been trying to blend in with the wrong group all these years. And it is not necessarily your fault, that’s how a white hegemony works. I also think you might be happier if you were able to accept the beauty of your brown skin amongst similarly melanin-rich people. You might feel less “alien” when you identify with the histories of melanin-rich communities. You might learn about all the similarities your cultures share and that will likely make you feel like you belong in your melanin-rich skin.

I know it’s easy to get caught up in a system that gives you shiny things as you climb up the ladder, but you are smart so you know systemic violence has always relied on one major rule of thumb: divide and conquer. And of course, you know that you are aiding white supremacy by not aligning with black America and/or choosing to stay silent on the entire matter at this precarious moment in American history. Just like you know your silence and continued desire to perform whiteness not only harms the human race in general (and this should be enough to incite dissent, but since we seem to love creating our own little factions this sentence can’t just end at that), but it also puts minority America in harm’s way.

Minority America, you can understand the construction of blackness in America. Remember, you are smart. It would be unintelligent to delude yourself into believing that the British, French, and Dutch were somehow nicer to your families. It would be too simpleminded of you to think that the United States has not also played a role in colonizing the countries you celebrate at international festivals. So don’t dismiss the time you were followed in a store, don’t forget the illegal deportations and detentions of your brothers and sisters, don’t excuse the police officers that pulled you over for no apparent reason, don’t pardon the neo-Nazis that stare you down, don’t feel relief when you see someone’s grimace transform into a smile when you clarify that you are not Muslim, and don’t think being identified as “exotic” is a mark of beauty—it’s just a nice way to say, “hey, you’re foreign looking.”

Minority America, understand why you are not motivated by popular culture to establish solidarity with black America.

Recognize the group that would be most threatened if all the non-white communities stood together in solidarity.

Acknowledge the fact that you’re never going to be white. It is time to stop trying.

You can send your kids to white schools (and make them the token), give them “non-ethnic” first names, teach them to talk white and walk white, straighten the culture out of their hair, tell them to stay out of the sun (so they can suffer from vitamin-D deficiency), surround them with white people, but at the end of the day, your kids—and you—are not white. You can even go so far as Governor Bobby Jindal, a brown man from a tiny village in North India who rejected his religion and took voice lessons to sound more “country white” to boost his popularity amongst white people.

But on a cold day when you are stepping outside your home you need to think twice about putting that warm hoodie around your kids. When you are elated and want some music to match your mood, you need to think twice before turning up the volume to your favorite song, and you need to teach your children the same. And, just like all the black parents across the United States have been doing for several generations, you also need to sit down with your kids and teach them that on any given day—whether they are holding a bag of Skittles or a toy gun—they can become a target of violence just because of their skin color.

So stop faking it.

Solidarity is the better option anyway (and, besides, you are not really getting any white people points for your silence). And I am not suggesting you perform solidarity for a day. Eliminating white supremacy from America will require a commitment to solidarity. Maybe you are not ready for a commitment? Okay, I hear you. But I don’t want you kicking yourself if you lose a loved one just because you were too scared to act now. Embrace those “eastern philosophies” and be in the moment. Life is short, and the American police are making it even shorter for non-white lives.

Oh, by the way, white people, you are, of course, invited to join hands in solidarity as we shatter the foundations of white supremacy, but please be cool. Be honest. Be aware. Be informed.

Minority America, quit your silence. Get loud and embrace this opportunity for solidarity. Take this time to realize that you too are black (and beautiful). Yeah, I said you were black. Even if you don’t have any black friends, you are still black. Don’t get mad at me, and don’t resent your skin color—instead, think about what it means for you to be black in this country today. W.E.B. DuBois considered what it meant to be Indian during the British colonization of India. Indian-Americans, DuBois had your back with the anti-colonial struggle, I think you can do the same today. Writing in The Souls of Black Folk, he pointed out that “the problem of the twentieth-century is the problem of the color line—the relation of the darker to the lighter races of men in Asia and Africa, in America and the islands of the sea.”

Killing our black sons is about white supremacy. And that means that all the off-white, brown, yellow, pink, and purple children are just as much of a threat to the insecure tower of white supremacy. We minorities, we are all black.

I feel like this might be a good time to also mention that you are not a model minority. A “model minority” is not a real thing. It is a myth. The configuration of the “model minority” stems from a 1960s article in The New York Times, which suggests that even despite racial tensions minority communities (specifically, Japanese-Americans) are able to succeed. In turn, William Petersen’s 1966 article identifies those communities that do not succeed in a racist society favoring white skin as intrinsically inferior. The model minority concept acknowledges the presence of racism and simultaneously creates an excuse for anyone that is compromised by racism.

And I don’t think you want to be. You are not exempt from the racial tensions that define the eroded soil of this country. The title—model minority—is a reminder that you can act white, but you can’t be white. You might even think you are getting away with being white enough sometimes, but you’re not because your melanin-rich skin will always be the first thing a white supremacist sees. You might think that your Louis Vuitton handbag and diamonds are more worthy of noticing. But no, your beautiful brown skin is what a white supremacist will take into account when they are armed and ten feet away from you. And in that moment you will become another “demon.”

But don’t assume I know what I am talking about. Let history tell you how the irrational fear of melanin has impacted “brown” communities. Here are a few examples:

So in sum, non-white communities, you are all black. There is no such thing as a model minority. Believe in the power of solidarity, it gives you nice skin!