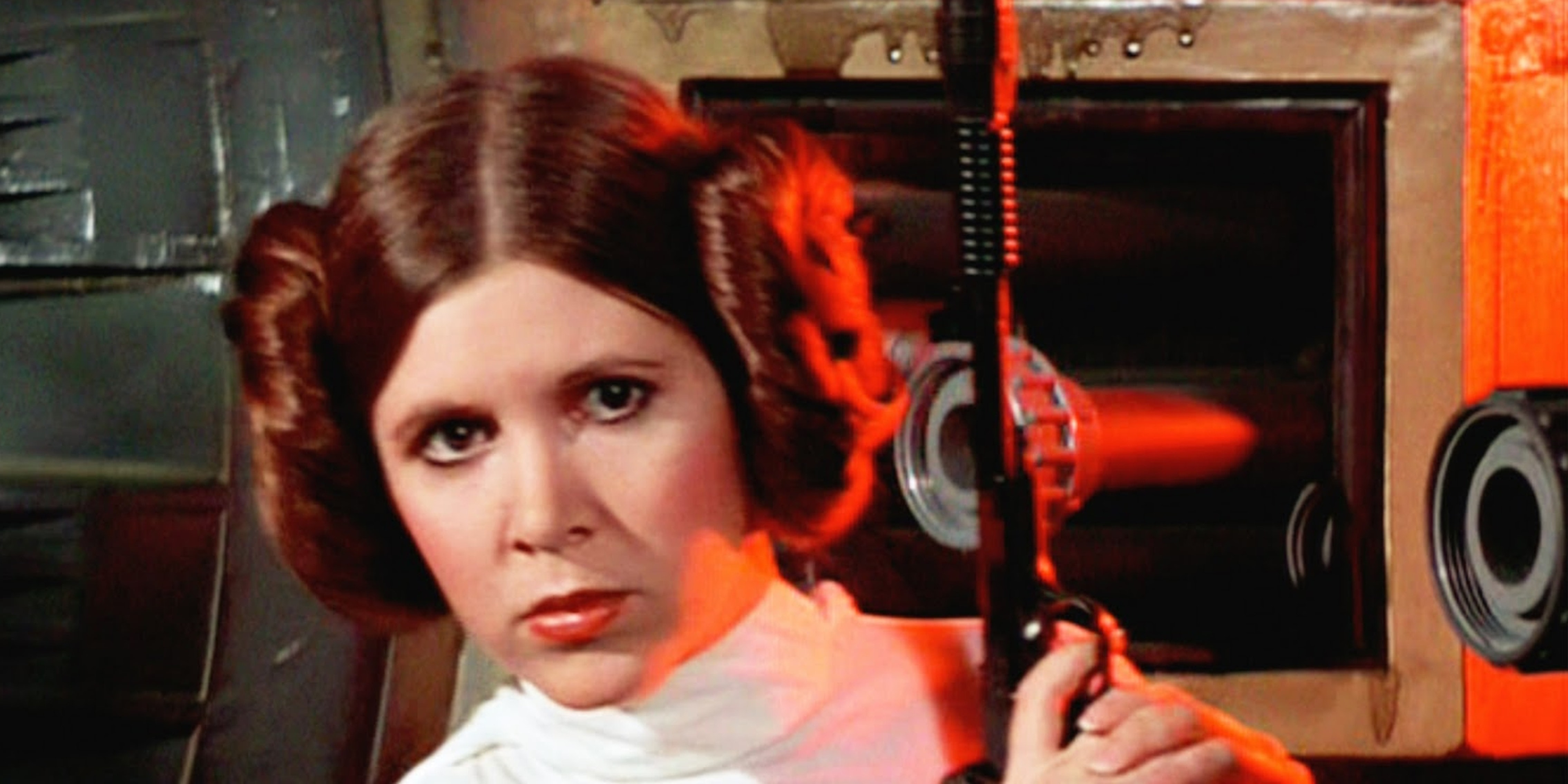 Where are the women in the new ‘Star Wars’ cast?

J.J. Abrams’s vision of Star Wars is a dystopia far more disturbing than anything Darth Vader could have hoped for.

So the new Star Wars cast has just been announced, and it’s a total sausagefest.

So who exactly are these new cast members in Star Wars: Episode VII? Let us introduce you: https://t.co/EJfw5fgPpn pic.twitter.com/iIXy8A2yeS

Of the seven new actors who will star in Episode VII, only one is a woman. And this is after J.J. Abrams and his writing team were slammed for failing to include more female characters in the Star Trek franchise.

MORE:
Everything you need to know about the new Star Wars cast

Cast lists like this are the reason why Joss Whedon was heralded as a feminist hero for managing to include two whole women in The Avengers.

On gender in STAR WARS: wonder whose girlfriend the one new female castmember will get to be? https://t.co/CFJkkg7vjc pic.twitter.com/95mIT0ok7p

A couple of months ago, one of the hottest Star Wars rumors was that Lupita Nyong’o was in talks for a role. And hey, it might still happen. Maybe they’re waiting to announce a few more actors later. The problem is, this first casting announcement has already sent a shitty message to anyone who was hoping that J.J. Abrams would do better this time round. Star Trek Into Darkness alienated a lot of fans thanks to its gratuitous underwear scene for one of the two female characters in its male-dominated cast, and this Star Wars news adds fuel to the widespread belief that he simply doesn’t care about including women in his movies.

Abrams’s problem seems to stem from assuming that fans of geek culture properties like Star Wars are all, well, fanboys. And as he’s pointed out in many interviews over the years, he’s not a fanboy himself. He doesn’t have much of a personal investment in Star Wars and Star Trek, and has even less of an understanding of who does. If he did, Star Trek Into Darkness would be a very different movie, and the new Star Wars cast would have something approaching a realistic gender split.

In an attempt to cater to a combination of this imaginary fanboy audience and the mainstream consumers who went to see Transformers (which was written by Star Trek Into Darkness cowriters Alex Kurtzman and Bob Orci, by the way), he reimagined Star Trek as a bombastic action franchise with extra boobs and manpain, and pretty much the same level of cast diversity as the 1967 original.

For everyone who says that it’s ridiculous to criticize a movie before it’s even started filming: I know, I know. I should reserve judgment on the new Star Wars until I’ve actually seen it.

But is Abrams really worth the benefit of the doubt?

The top two criticisms he received for Star Trek Into Darkness were that it didn’t respect the integrity of the Star Trek franchise, and that its conception of female characters was total garbage.

In a main cast of who even knows how many people, there were only two women: Uhura and Carol Marcus. Carol spent half the movie being hit on by McCoy, took her shirt off for no reason halfway through the movie, and was mostly defined by her relationship with her father. Uhura (who had her own gratuitous underwear scene in the prequel) continued to be a pretty awesome character, but hardly made up for the many, many, many generic white men who wormed their way into every other corner of the movie.

I’ve now lost count of the number of articles I’ve written about the likelihood of a female-led superhero movie getting made. Several times, I’ve mentioned how ridiculous it is that Marvel is making Guardians of the Galaxy before Black Widow. I mean, GOTG is a space opera starring a tree and a talking raccoon, but Hollywood can’t deal with the idea of a superhero movie that stars Scarlett Johansson with no male backup? That’s just stupid.

Except right now, Guardians of the Galaxy is looking like the lesser of two blockbuster sci-fi evils. With three women in a cast that’s already smaller than Star Wars’ overall lineup, it’s doing better than J.J. Abrams’s army of dudes. And unlike Abrams, Marvel Studios has a track record of respecting its fans.

While we don’t know for sure whether more women will be added to the final Star Wars cast list, there’s one main thing today’s announcement tells us: that J.J. Abrams really does not care what you think. It takes a serious effort to spend years working on a movie of this magnitude, only to come up with a cast of characters that is 85 percent male.

Much like Star Trek, Star Wars has an enormously diverse audience, and is beloved by generations of women who grew up with characters like Princess Leia and Padme Amidala. There is honestly no good explanation for why a Star Wars movie aimed at a worldwide audience in the 21st century should be sending such a clear-cut message that men are still the focus of the franchise.

J.J. Abrams’s vision of Star Wars is a dystopia far more disturbing than anything Darth Vader could have hoped for: a universe where, without any real explanation, the vast majority of women are somewhere far, far away.