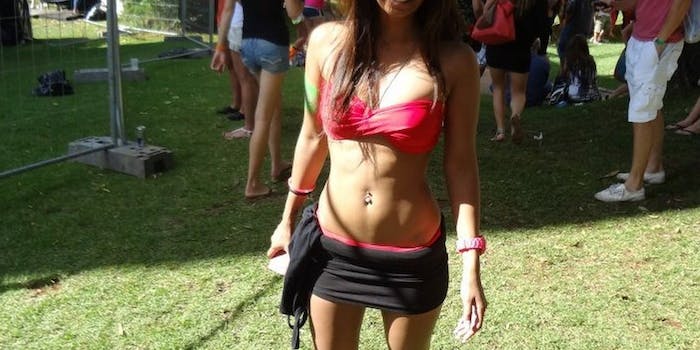 Model tweets about bribing police officer, claims it was a joke

I just bribed the cops, isn't that awesome! Did I mention I want to be a lawyer?

There must be easier ways of getting attention.

A South African model has been criticized for tweeting that she’d bribed a police officer to get out of a speeding fine.

Sabina Essa reportedly tweeted: “Just got out of a R 2500 fine for going 140 in a 60 zone. R30! Bwahahahaha. I LOVE [Johannesburg Metropolitan Police Department].”

“R” is the abbreviation for rand, the South African currency.

She was then asked if she’d offered the cash to the officer, to which she apparently responded, “I didn’t offer, dumb-ass. They asked what I had. Of course, I’m gonna take the offer.”

Her tweets were brought to the attention of Justice Project South Africa, a non-profit organization aimed at preventing corruption in the country. The project’s chairman, Howard Dembovsky, said he spoke with Essa, who claimed the tweets were merely an attention-seeking ploy.

“She started off the conversation being very apologetic,” Dembovsky told Corruption Watch, “But as she continued it became apparent that she was in a flat panic over the consequences that this could have for her and for her planned career as an attorney.”

Essa, who has 518 Twitter followers at the time of writing, claimed during her conversation with Dembovsky that she had actually been stopped and warned for not wearing a seatbelt, before offering the officer R30 ($3.50) to buy lunch. She then changed her story to say that she drove over the speed limit.

After their talk, Essa tweeted, “So sorry for my tweet. I fabricated the story to attract attention, we sometimes all do it and (I am) super-embarrassed.”

When asked about the events by Corruption Watch, Essa posted a tweet reading, “Kindly do your research. That didn’t in fact happen. Don’t contact me again,” before deleting all tweets related to the incident.

Some tweeters questioned Essa’s intelligence, while others encouraged community members to stop criticizing the model.

Essa’s ill-advised tweets follow on from another Twitter controversy surrounding models in South Africa. Jessica Leandra dos Santos came under heavy fire over a racist tweet. She later made amends with Tshidi Thamana, a model on the other side of the race debate.

That seems to have weighed on Essa’s mind, as she reached out to her counterpart: “@JessicaLeandra let’s be friends? haha.. I’m just kidding. ‪#funny‬.”